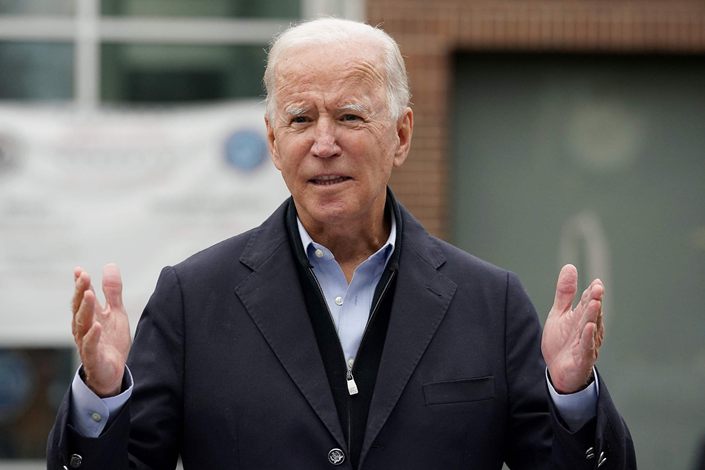 While Biden's statement in last week's final debate backing a “transition” away from fossil fuels has stoked fears for his chances in the energy-rich swing state of Pennsylvania, others have been cheered by his stance.

They say more friendly administration policies after four years of drift would add fresh momentum to what is already happening: the emergence of America as an “electrification” giant led by companies such as Tesla and General Motors.

“The world’s going there regardless, “ said James Calaway, chairman of ASX-listed Ioneer, “but if we do have a Biden administration – which looks increasingly likely – then what's going to happen is that America would move from being an also-ran to having its own form of an electrification revolution.

“There is absolutely going to be what I call a great awakening in the U.S. and a fundamental shift towards what I call an electrified clean future,” he said.

“You can’t help but realize that’s very bullish for global critical minerals. It'll have enormous implications for the supply of battery materials like lithium in particular.

“This is like waking up the big bad bear,” he said.

U.S. miners have been privately told by Biden’s campaign the Democratic presidential candidate supports bipartisan efforts to foster a domestic supply chain for lithium, rare earths, copper, nickel and other strategic materials – many known as critical minerals – that the U.S. imports from China and elsewhere, Reuters reported last week, citing sources familiar with the matter.

Ioneer aims to develop a lithium mine in southern Nevada.

“A Biden administration would emphasize green energy, and in order to get more solar panels, you need more raw materials,” one of the sources told the news agency. “These materials don't come out of a test tube.”

Biden’s election platform includes a plan to spend $2 trillion on electric vehicle infrastructure and other projects to reduce carbon emissions.

Analysts at ScotiaBank believe Biden’s plan will unleash a multi-year boom for copper, based on the fact an electric vehicle uses double the electricity-conducting metal as a combustion engine.

Yet even without a Biden administration, America’s biggest companies are riding a wave of change. Tesla is the best known, but other carmakers are moving fast to retool to produce electric vehicles (EVs) and batteries.

GM said last week that it sold out of the first year’s worth of its GMC Hummer EV, only days after announcing it would begin producing the pick-up truck next year. The basic model will retail at $79,995 from 2022.

As growth in the EV market picks up, there is a big push to ensure domestic supply of the raw materials needed to support them.

Calaway told The Australian Financial Review the U.S. desperately needed to secure its domestic supply of critical minerals “against the competitive threats that are out there.”

“The U.S. is not the only one that understands there is a massive shift,” he said, referring to the increasingly aggressive shift by China and Europe towards electric vehicles.

Part of the problem is that China dominates production of many of the crucial metals and elements required for high-end battery cell manufacturing, while the U.S. has been slow to respond, he said.

“We can’t be sitting here with 4,000 tons of lithium carbonate being produced in the U.S. That's a drop in the bucket,” Calaway said.

He added that Australia had a “central role” to play in the delivery of lithium, though he warned the industry needed to expand from producing lithium concentrates and shipping them to China for processing to its own battery chemical production.

“Australian companies have a lot of work to do, but are amazingly well positioned to be an important part of the overall supply chain, including this awakening bear – in lithium – which is going to be the next story in America.”

Calaway, who spent most of his career in the Texas oil business and insists his middle name, Derrick, is no accident, said America needed to get realistic about the move away from oil-based energy.

“We're reaching this transition and we don't have a lot of time to do it,” he said. “People underestimate the utter scale of what we're doing here.”

While both Trump and Biden recognize the dangers of relying on foreign sources of “absolutely linchpin materials,” there was a sharp distinction between the two on future energy sources.

“President Trump is on record very clearly saying that he thinks the key thing is to continue domination of the world with oil and gas.

“The [former] vice-president was absolutely and completely clear that he thinks we need to make as quickly as possible an economic transition to zero emissions,” Calaway said.

“That is as stark a distinction as you can have.”

This article was originally published by the Australian Financial Review