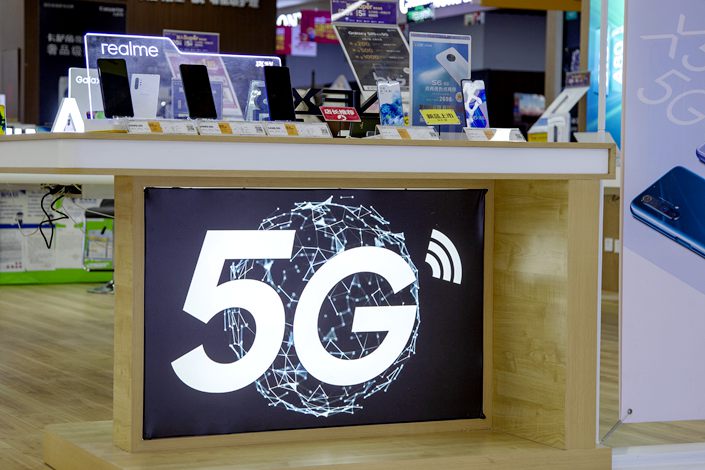 (Nikkei Asia) — Chinese upstart smartphone-maker Realme says it plans to introduce ultralow-priced 5G handsets to quickly expand in emerging markets and in Europe, a “key strategic region” for the company, its CEO said in an exclusive interview with Nikkei Asia.

Realme, which already offers the lowest price for a 5G smartphone in China, plans to release 5G handsets that cost less than 300 euros ($350) overseas, half the price of the least expensive 5G-compatible iPhone 12 and around one-third the price of Huawei’s latest Mate 40, company founder and CEO Sky Li said.

The emerging new brand, which was founded just two years ago by Li, a former senior executive at smartphone-maker Oppo, has already emerged as the world’s No. 7 smartphone-maker by shipments as of the first half of 2020, research company Counterpoint data showed, surpassing more established players like Sony and LG Electronics. For the Indian smartphone market, one of the biggest in the world, Realme ranked No. 4, with a roughly 12% market share for the first half of this year, according to research agency IDC. Fellow Chinese smartphone-maker Xiaomi, which is famous for its cost-effective handsets, held the top spot in India, while Vivo ranked second and Samsung was third for the first half of this year, according to IDC.

“We position ourselves as a 5G technology promoter and enabler, and our key mission in Europe and other parts of the world, like in Southeast Asia, is that we will help push the price of 5G-compatible smartphones significantly lower to enable more consumers to adopt such new technology,” Li said. “We plan to introduce smartphones with prices that are around 300 euros or even lower around the middle of next month in the European markets, a key strategic region for Realme.”

A number of Chinese smartphone-makers, from Xiaomi and Oppo to Vivo and Realme, are targeting the European market as Huawei, once a dominant player there, loses ground due to Washington’s ongoing crackdown on the company.

The CEO said that because the progress of 5G network deployment varies in different countries, Realme will continue to introduce “only 5G smartphones in China” next year, while around 50% of its new smartphones released in Europe will be 5G capable. For Southeast Asia, the figure is 20%, he said. Realme has ranked in the top five smartphone-makers in several Southeast Asian nations, including Thailand, Cambodia, Indonesia and the Philippines.

Realme introduced only 5G-capable handsets in China this year and is the first smartphone-maker to offer such smartphones with a price tag of less than 1,000 yuan ($148), the lowest in the Chinese market, according to Li.

Apple, the world’s No. 3 smartphone-maker with a 13.5% market share, debuted its first ever 5G iPhone range this month with the most affordable model priced from $699 and the highest-end 5G iPhone starting from $1,099. Huawei’s Mate 40 5G smartphone comes at a starting price of 899 euros.

Realme’s foray into the smartphone business in 2018 came at a turning point for the industry. The market recorded three consecutive years of decline since 2017, while China’s biggest handset maker Huawei has struggled amid Washington’s clampdown since last year.

Realme, headquartered in Shenzhen, targets younger, more price-sensitive consumers. The company leverages all the manufacturing and suppliers’ resources of Oppo, the world’s No. 5 smartphone-maker, and devoted more than 30%, or 600 employees, of its total headcount to product research and development. The company’s products have reached more than 60 countries and regions in just slightly more than two years.

Like many other smartphone companies, Realme is also introducing a wide range of internet of things smart devices to draw users into its emerging hardware ecosystem, covering personal, home and travel situations. The company plans to launch more than 60 models of smart devices by the end of this year and another more than 100 connected devices models across different segments, including wireless earphones, smart TVs, smart speakers, a smartwatch, and a smart air-conditioner controller, Li told Nikkei Asia.

Li said Realme sees not only smartphones, but also wireless earphones and smart speakers as important hubs for controlling IoT devices in the future. The company has achieved “meaningful progress” in terms of the sales of its wireless earphones, he added. Realme’s wireless earphones, for example, ranked No. 1 in the Indian market with a 22% market share in the second quarter of this year. “Our introduction of connected devices would be anything that people will use in their home, and any connected devices people will wear and use personally, to something that people will use during transportation,” the CEO said.

Regarding the current geopolitical tension between China and India, one of Realme’s most significant markets, and other geopolitical uncertainties, Li said there is very little that his company can do about the political climate and can only focus on its own product competitiveness.

Realme, Oppo and OnePlus, another Chinese smartphone brand, share common investment in supply chain resources, but the sales and marketing of the three brands are independent, according to Realme. More than half of Realme’s research and development power comes from a full-time, in-house team, but it still shares some technologies with Oppo, the company said.

Joey Yen, an analyst with IDC, said the aggressive pricing strategy will definitely boost unit sales momentum, while the “overall smartphone market has become quite polarized, so that players need to either introduce premium specifications and features or keep the price very low to attract eyeballs and sales.”

“Realme is doing very well because it has great manufacturing and supply chain resources provided by Oppo, while the new brand is doing well in Southeast Asia or South Asia because consumers there are extremely price-sensitive,” Yen said. The global pandemic will definitely pose less impacts on brands like Realme, which is focused on online sales channels, than some established brands that are focused on retailers or brick-and-mortar stores, the analyst added.