By Lu Yutong and Luo Guoping 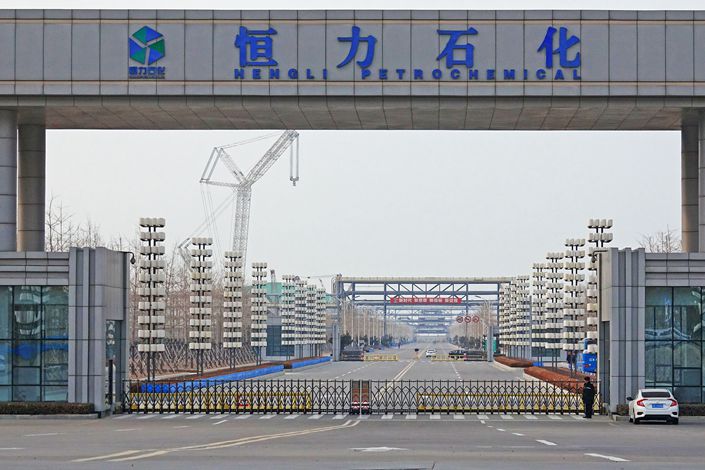 Hengli Petrochemical’s profit was up 56.6% year-on-year in the third quarter.

While the big dogs of China’s oil sector have struggled this year as prices and demand were depressed by the coronavirus pandemic, one privately owned refiner has turned a profit of nearly $1.5 billion in the first nine months.

Hengli Petrochemical Co. Ltd. made a profit of 4.38 billion yuan ($651.6 million) in the three months to September, up 56.6% year-on-year and bringing its profit for 2020 so far to nearly 10 billion yuan, according to a filing to the Shanghai Stock Exchange on Thursday.

The Dalian-based company is thanking its structure, which stretches into downstream products for which demand has been more stable. Before going public via backdoor listing in 2016, the firm was a department under Hengli Group Co. Ltd. producing chemical fibers — of which refined oil products are a major raw material. Hengli Group later transferred its petroleum assets to the firm when it floated on the Shanghai bourse.

The vast downstream business which generates consistent demand for its refined oil products — including from manufacturers of face masks, an area which has seen huge growth this year due to the pandemic — has helped shore up the company’s finances.

The firm’s chemical-product production more than tripled to 16.5 million tons in the January to September period, and it sold some 13 million tons.