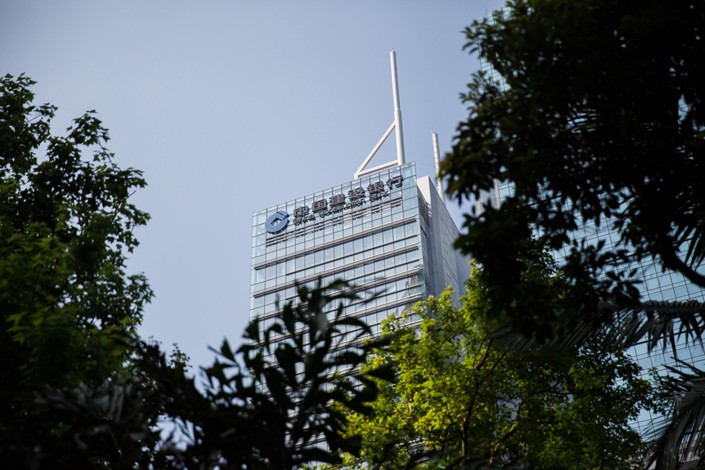 (Bloomberg) — China’s biggest state-owned banks are still plagued by a surge in bad loans even as an early containment of the pandemic and a recovery in the world’s second-largest economy helped them trim profit declines.

Net income slid less than 5% at Industrial & Commercial Bank of China Ltd. and its three largest rivals in the three months through Sept. 30, compared with an average 25% slump in the prior quarter. Still, the four banks saw their combined non-performing loans climbed to a record 979 billion yuan ($146 billion) after charging 175 billion yuan on credit impairments in the quarter, according to reports released late last week.

China’s $45 trillion banking industry suffered their worst profit slump in more than a decade in the first half after being put on the front-line in helping millions of struggling businesses hurt by the pandemic. With the virus now contained in China and the economy staging a rebound, lenders are being allowed to shift to more prudent loan growth and risk management to beef up financial strength after bad debts ballooned and capital level eroded.

As part of the pandemic response, China has allowed many borrowers to delay interest and principal payments to March next year, which is hiding the true sense of the bad debt bulge.

“Bad loans may still rebound as the payment holiday for small firms expires in the first quarter,” said Liao Zhiming, a chief banking analyst at Tianfeng Securities Co. “But overall the sector’s earnings prospect is improving and I think the worst is over for state banks.”

Banks’ bad loan ratio will stabilize in the next two quarters considering “improved NPL formation and significant write-offs, but it may increase in 2Q21 when the payment holiday expires,” said Shujin Chen, Hong Kong-based head of China financial research at Jefferies. Chen said the non-performing loan, or NPL, ratio is likely to peak in the second quarter of 2021 though earning have already bottomed out last quarter.

The Chinese economy expanded 4.9% in the third quarter. Yet the growth is uneven as consumer spending remains weaker than last year and smaller firms are turning more cautious due to a lack of demand. As the world’s largest exporter, China is also exposed to the deteriorating outlook in the rest of the world amid a resurgence in virus cases.

The China Banking and Insurance Regulatory Commission has given major lenders discretion to report earnings declines of about 10%, or less, in the second half, compared with over 20% reported by the industry in the second quarter, people familiar with the matter said in October. The relaxation of a June directive to rein in profits comes as the banking industry was pushed to its weakest health since the global financial crisis.

The four biggest banks may report about 8% decline in 2020 combined profit, according to consensus estimates compiled by Bloomberg.

“The industry’s earnings are at a turning point,” with the help of improved margin and demand for credit, Guotai Junan Securities Co. analysts led by Guo Changhao wrote in a note. “The key focus going forward will be on revenue on the speed and magnitude of NPL exposure.”

Banking stocks have rebounded almost 10% last month on better-than-expected earnings outlook with China International Capital Corp. predicting banking shares traded in Shanghai and Hong Kong to have more than 60% upside potential. Their valuation remains cheap after the rally, with the four biggest banks trading at about 0.44 times their forecast book value.

“We expect faster and more thorough balance sheet repair this time around” after Chinese banks radically cleaned up risk assets, CICC analysts led by Zhang Shuaishuai wrote in a note.