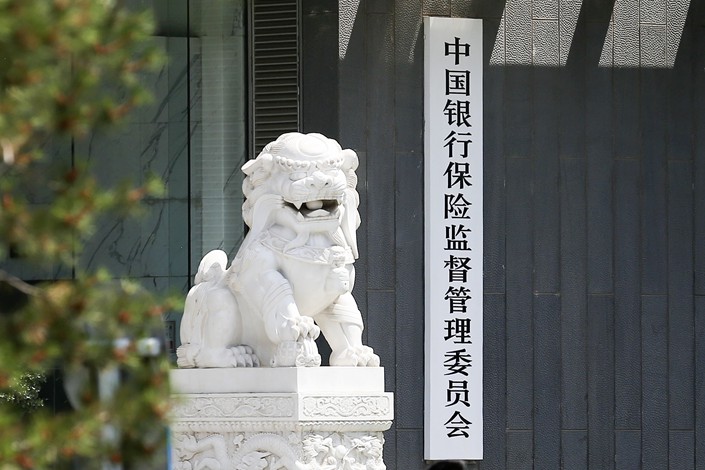 China’s top regulator has warned banking institutions to be prepared for a “major rebound” in nonperforming loans (NPLs) because the impact of Covid-19 is yet to be fully exposed.

“Although nonperforming loans on banking institutions’ balance sheets have not increased significantly since the start of this year, they are expected to rise in the near future,” the China Banking and Insurance Regulatory Commission (CBIRC) said in a statement (link in Chinese) on Saturday.

The exposure of default risks has been delayed because it takes some time for economic slowdown to be reflected in the financial sector, and macro policies have offset some risks in the short term, it said.

On the same day it issued the cautionary notice, the CBIRC also released key banking sector indicators for the first half of 2020.

It reported that outstanding NPLs in banking institutions reached 3.6 trillion yuan ($514.1 billion) at the end of June, growing 400.4 billion yuan from the start of the year. The NPL ratio was 2.1%, up 0.08 percentage points from half a year earlier.

The regulator reported that data show over 1.8 trillion yuan of principal and interest in loans for small and midsize enterprises were extended in the first half of 2020.

“But the problems in poorly managed enterprises have not been fundamentally solved. There are still major default risks,” the CBIRC said, adding that some banks, enterprises and local governments were unwilling to expose bad debts, and some even deliberately whitewashed or concealed them.

Analysts at Guosen Securities Co. Ltd. estimated in a note (link in Chinese) last month that more bad corporate loans would be exposed in the second half of the year as foreign trade enterprises would suffer more if the overseas coronavirus epidemic could not be controlled in the third quarter. They said there may be a turning point for the NPL ratio of retail loans in the third quarter, however, as households’ repayment ability recovers in line with the stabilizing economy.

The CBIRC in its Saturday statement instructed banks to reduce dividends and stop raising bonuses to save profits for capital replenishment to guard against risks.

The regulator also said it would support banks to replenish capital by issuing ordinary shares, preferred shares, perpetual bonds, and other instruments. It would help to seek government funding for those who found it hard to raise capital through market-oriented channels.

Earlier this month, the State Council, China’s cabinet, allowed local governments to recapitalize some small and midsize banks by using money raised from the sale of local government special-purpose bonds.