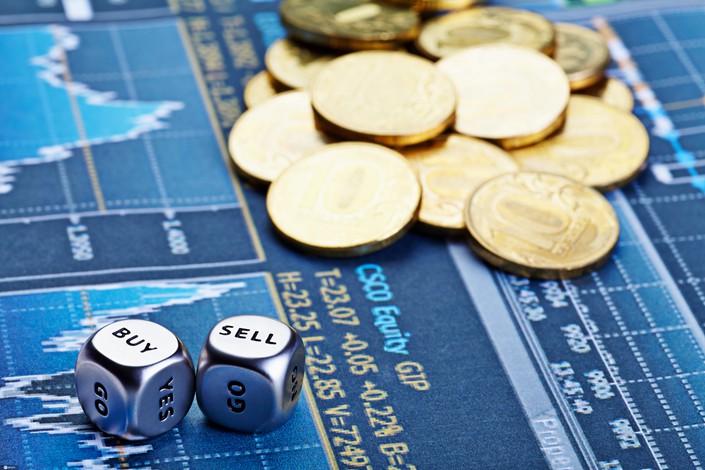 Local governments will be allowed to use part of this year’s quota of 3.75 trillion yuan of special-purpose bonds to replenish the capital of certain banks.

China’s local governments have been given the go-ahead to recapitalize some small and midsize banks by using the money raised from the sale of special-purpose bonds (SPBs), underscoring policymakers’ concern about the financial health of dozens of lenders and the need to boost credit to businesses amid the economic slowdown.

Local governments will be allowed to use part of this year’s quota of 3.75 trillion yuan ($531 billion) of SPBs to replenish the capital of certain banks, the State Council, China’s cabinet, agreed at a Wednesday meeting (link in Chinese). A readout from the meeting posted on the government’s website listed purchases of convertible bonds issued by lenders as one channel for investment, but it didn’t specify the size of the program, which banks will qualify, or how the money will be allocated. Caixin revealed exclusively in June that around 200 billion yuan of the SPB quota is being earmarked for the initiative.

SPBs are a kind of local government debt that fund infrastructure and public welfare projects that are commercially viable and generally repaid from income generated from the specific projects they fund. Unlike general bonds, they cannot be repaid from fiscal revenue. This year’s total SPB quota is almost 75% higher than 2019’s allocation.

Millions of small and midsize enterprises (SMEs) have been caught in a liquidity crunch fueled by the coronavirus epidemic that forced the closure of vast swathes of the economy in the first quarter of 2020. In a sign of the urgency the government is attaching to the matter, Li urged officials to “quickly come up with measures to carry out the plans on the ground” and to “act fast with confidence and perseverance,” according to the statement.

The new policy could lead to a deluge of bond sales by small banks that have found it difficult to sell debt securities to investors because they are seen as more risky. Data from the People’s Bank of China (PBOC) (link in Chinese) released in April showed that of 4,005 small and midsize banks in China, 605 did not meet the minimum required capital adequacy ratio of 10.5%, and 532 were at rather high risk.

Small and midsize banks, “especially those in relatively poor inland regions, are a weak spot in the financial system; this was shown last year, when the PBoC had to take over of a number of banks,” economists at Nomura International (Hong Kong) Ltd. wrote in a note on Thursday. The new policy suggests “Beijing is quite concerned about the transmission channel of its monetary stimulus,” they said.

Policymakers have for years been trying to channel more funding for SMEs and have stepped up efforts this year to tide companies over in regard to their cash flow and funding difficulties and prevent a wave of bankruptcies and layoffs. Small and midsize lenders are a major source of credit for SMEs, while large banks usually prefer to lend to big corporations.

But while companies need liquidity and loans, banks are facing constraints on their ability to provide the money. Although they need to respond to government calls to boost lending, they also have to meet regulatory requirements on key metrics such as capital adequacy ratios and loan-loss provisions. They are also being scrutinized more carefully on nonperforming loans, which have surged as rapid expansion in credit and poor risk management over the past few years have left them exposed to companies that are being hurt by the economic slowdown and Covid-19 epidemic, and can’t pay back their debts.

As a result, banks are being forced to beef up their balance sheets either through retained earnings or by raising new capital, partly through the sale of perpetual and convertible bonds to replenish their Tier-1 capital, the highest-quality capital that a bank has to absorb losses.

The China Banking and Insurance Regulatory Commission reiterated in June that it would support small and midsize banks to replenish their capital through various channels, including issuing ordinary shares, preferred shares and perpetual bonds. So far this year, the watchdog has approved perpetual bond sales by more than a dozen small and midsize banks, more than for the whole of last year.

Although the State Council is encouraging local governments to help the banks, it is also warning them to be aware of the risks and to strengthen oversight when implementing the program to prevent moral hazard. They must also prepare exit strategies so that they can recoup their funding “within a certain period of time” and repay their SPBs.

Local governments, banks, shareholders and financial authorities must be committed to their respective duties, the statement said. Based on a comprehensive inventory of assets and capital, risk investigation and strict accountability in accordance with laws and regulations, local governments should steadily replenish capital for each bank using a suitable method, and fully explore other resources for support. Supervision and auditing of the full process must be strengthened, it said.