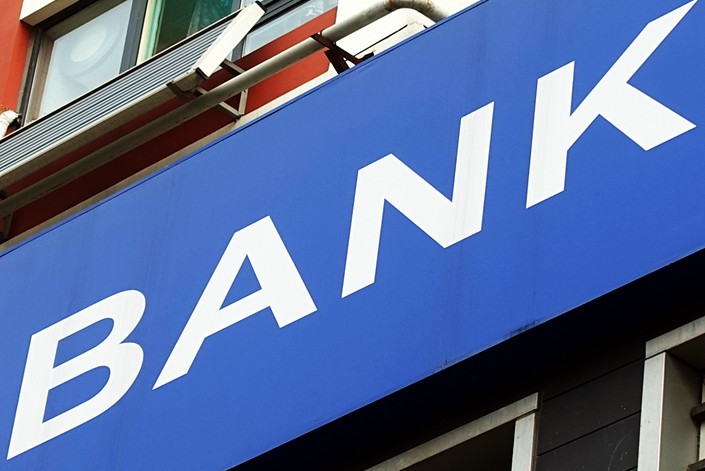 Some analysts doubt that 200 billion yuan is enough to handle all of the debt-ridden banks’ bad debts. They also doubt whether the program will do much to fix the banks’ management problems.

Small and midsize banks in China worried about the bad debts on their balance sheets may soon get a helping hand from local governments.

Policymakers are planning to allow local governments to replenish the capital of certain small and midsize banks to the tune of about 200 billion yuan ($28.2 billion) in an effort to defuse bad-debt risks, sources familiar with the matter told Caixin.

Some small and midsize banks have watched as their bad-debt risks have surged over the last few years as a rapid expansion in credit has left a large amount of nonperforming loans on their books amid the ongoing economic slowdown. The situation has been exacerbated by the Covid-19 pandemic as many businesses and individuals have been unable to repay their debts on schedule. Even before the pandemic, some debt-ridden banks, including Baoshang Bank Co. Ltd. and Hengfeng Bank Co. Ltd., proved to be failures, ending up embroiled in scandals. Both have been restructured by authorities.

Central bank data (link in Chinese) from April showed that of 4,005 small and midsize banks in China, 605 did not meet the minimum required capital adequacy ratio of 10.5%, and 532 were at rather high risk. Financial regulators have been making noises about replenishing the capital of these banks since last year, but have also raised concerns about the “moral hazard” that such aid might cause, especially if banks’ shareholders don’t take their fair share of the losses.

In addition, some people are concerned about whether replenishing banks’ capital will actually do much to fix these banks, because such a move makes no sense if their corporate governance remains undeveloped.

Where does the money go?

The 200 billion yuan of funds will be used by local governments to purchase “qualified capital replenishment tools” issued by small and midsize banks, a source close to the Ministry of Finance told Caixin.

Such instruments include banks’ common and preferred stock, and convertible and perpetual bonds.

How the funds will be allocated remains unclear. Caixin has learned that financial regulators and other authorities are working on a list of banks that will be covered

One principle of the capital replenishment program is that local governments will receive their money back within a certain period of time, sources told Caixin. To make exiting these investments easier, it makes sense for local governments to buy the banks’ convertible bonds because this type of security has a fixed term of one to six years, multiple industry insiders said. And if the banks can’t repay their bonds, the securities can be converted into bank shares, which the local governments can sell if necessary to recoup their investments.

The banks can use the proceeds from selling convertible bonds to replenish their core tier-one capital, the highest-quality capital that a bank has to absorb losses.

Each funding contract will include the term of maturity and a detailed repayment plan, as well as a promise from the bank to improve its corporate governance, sources told Caixin. Financial authorities also vowed to check the assets as well as risks of every bank that receives funding and link the funds to the banks’ reliable assets.

Buying bank shares is also a way for local governments to supplement banks’ capital, as this measure has been used in the previous bailout cases when state-owned enterprises replenished the capital of troubled banks such as Hengfeng Bank and Bank of Jinzhou Co. Ltd. However, it is unclear whether authorities will adopt the same approach this time.

Where does the money come from?

Provincial-level governments will raise the 200 billion yuan of funds to replenish the banks’ capital by selling special-purpose bonds (SPBs), sources said. SPBs are a kind of local government debt that fund infrastructure and other public welfare projects that are commercially viable and generally repaid from income generated from the specific projects they fund. Unlike “general bonds,” another kind of debt, they are usually not allowed to be repaid from government fiscal revenue.

Policymakers have decided to allow local governments to sell more SPBs this year to help offset the economic impact of the coronavirus outbreak. At the top legislature’s annual session last month, this year’s quota for local government SPBs was set at 3.75 trillion yuan, almost 75% higher than 2019’s quota of 2.15 trillion yuan.

There has been a debate among experts about whether the bank replenishment funds should come from the central government bond sales or from the local governments. Many analysts argued that local governments should be responsible for raising the funds because most small and midsize banks operate regionally and are subject to local government supervision.

“From the local governments’ point of view, they definitely want to sell the bonds themselves because (it gives them) more autonomy and flexibility,” a bond market analyst told Caixin.

Some analysts doubt that 200 billion yuan is enough to handle all of the debt-ridden banks’ bad debts. They also doubt whether the program will do much to fix the banks’ management problems.

Some have worried that the capital replenishment program will not work if banks do not overhaul their corporate governance. “If (banks) do not reshuffle their boards of directors, strengthen shareholder compliance management or improve corporate governance, the funding program will be (like throwing money down) a bottomless pit,” a senior banker said.

As many banks rapidly increased their leverage in the years before China embarked on its deleveraging campaign in 2016, risks accumulated due to poor risk management and the recklessness of stakeholders and managers. Baoshang Bank’s actual controller embezzled more than 100 billion yuan in bank funds, Caixin previously learned, resulting in missed debt payments that were followed by a government takeover in 2019. For Bank of Jinzhou and Hengfeng Bank, their operations were controlled by senior managers without effective shareholder supervision, leading to astonishing cases of corruption.

“Small and midsize banks must be regulated well before they talk about development issues,” the bond market analyst said. “You can’t let public funds pay for things that have gone wrong.”