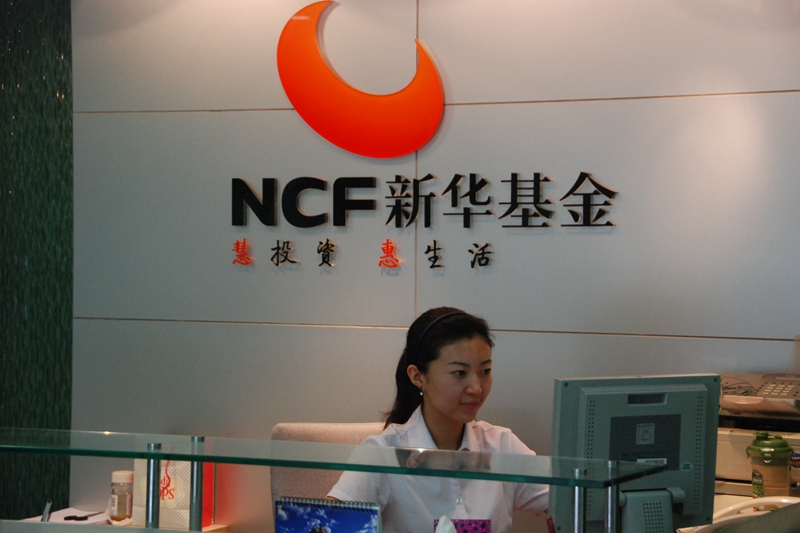 Beijing-based New China Fund Management recently said it was forced to default on some products after failing to get loans. The mid-size investment house is among a number of nonbank institutions that have felt a funding crunch as contagion fears spread in the wake of the Baoshang takeover. Ironically, the owner of New China Fund Management was previously controlled by the owner of Baoshang.

Although the central bank called Baoshang an isolated case, distrust among counterparties sparked by the incident have pushed up borrowing costs for smaller banks and nonbank institutions.

In China’s financial system, funding flows from big state banks to smaller lenders through interbank loans, and small banks then provide financing to nonbank institutions such as funds and brokerages, which in turn invest in corporate bonds. But as the creditworthiness of smaller banks, brokerages and fund managers comes under pressure, the funding chain is clogging up.

Regulators have taken a series of measures to ease market jitters. Days after the takeover, the central bank injected a net 150 billion yuan ($21.7 billion) through open-market operations to beef up interbank liquidity. It also provided credit backing to another troubled small bank, the Bank of Jinzhou, in a 2 billion yuan fundraising through the issuance of interbank certificates of deposit (CDs).

On June 14, the central bank handed out 300 billion yuan in rediscount and standing lending facility (SLF) quotas to support lending by smaller banks. And in the following couple of days, the bank and the top securities regulator summoned big banks and brokerage houses to two meetings, asking them to support smaller peers.

The measures have in part calmed the market, but nonbank institutions still face difficulties in refinancing as it’s getting harder for them to use corporate bonds as collateral for repo financing from lenders. A bond trader at a brokerage told Caixin that banks now won’t take even AA+ bonds of big state-owned enterprises as collateral.

The falling dominoes of the Baoshang takeover are now hitting the most secretive corner of China’s bond market ― the market for so-called structured bonds. Analysts said nonbanks that are distanced by lenders are those that have most often used structured bonds as loan collateral.

Structured bond issuance is known as a creative way for some Chinese companies to secure funding they couldn’t otherwise obtain based on their credit ratings. Under this practice, bond issuers buy a portion of their own offerings to inflate issuance sizes and create a better image to attract investors. Structured bond issues aren’t technically illegal, though some top regulators this month voiced misgivings.

Lower-rated private companies and local government financing vehicles have been the main users of structured issues. One popular method is for the borrower to put up the money for the subordinated tranche — the first to absorb losses — of the asset-management vehicle that buys the bonds.

Funds and brokerages acting as bond managers help issuers structure the bonds and pledge the notes to get bank loans. They provide a channel for corporate bond issuers that are unattractive to bond investors to access financing through the interbank market, while they earn fees from the business.

The tactic began spreading in 2018, especially among private companies, as the world’s third-largest bond market was rattled by default fears and as risk aversion grew among investors. In late 2018, Zhou Hao, president of China Chengxin Credit Rating Group, in a public speech said private companies’ actual fundraising value was far lower than their bond issuance because a large portion of the issues were bought by the issuers themselves.

There are no official statistics or market consensus on how much of such debt has been issued, but the highest estimate by Citic Securities was that outstanding structured issues reached 1.5 trillion yuan, or about 8% of the total of nongovernment bond issuance.

This practice operated well when market liquidity was abundant, allowing bond manager to use new loans to pay off previous borrowings, analysts said. It also took advantage of the expectation on the interbank market of an implicit government guarantee, so banks tended to overlook the risks related to counterparties. But much of that has changed since the Baoshang takeover.

It is difficult for banks to distinguish which bonds are structured or involve unqualified issuers that may lead to toxic loans, so they just tighten controls altogether, said a fixed-income manager at First Capital Securities. The total amount of toxic assets may not be large, but the contagion effects are terrible, the manager said, citing the 2008 sub-prime crisis as example.

“All of a sudden, the market confidence was gone,” the manager said.

Data from the China Foreign Exchange Trade System showed that as of June 10, outstanding bonds pledged for repo financing totaled 6 trillion yuan, including 3.4 trillion yuan from nonbanks. The industry has widely thought that less than 1 trillion yuan of the collateral involves structured bonds.

Some analysts said they expected the risk of structured debts to be exposed, and the Baoshang incident only made that come sooner. They said the incident will help squeeze out bubbles of bond market demand created by the inflated issuance.

“The current credit crunch is temporary, but it will take several months (for the market) to restore the risk-control mechanism,” said a bond manager. “It is a normal process to clear up the market and force out players with dodgy practices.”

New China Fund Management told clients June 12 that it needed to sell assets after defaulting on several products. The company is among institutions that have actively expanded business involving structured bonds in recent years, sources said.

“Institutions engaged in channeling business involving structured bonds are terrified by the recent market rout,” said a bond market investor. “They are now cleaning up.”

“Bond managers didn’t realize that providing channeling business could be risky,” said a fund manager. “But as lenders cut their funding source due to fears about the quality of collateral, the business exposed them to risks.”

Industry insiders often call structured bond issuance a “118 project,” meaning such arrangements allow bond issuers to leverage 1 yuan to get 1.8 yuan of financing. In practice, the leverage could be even higher if issuers use borrowed money to buy the bonds.

The practice allows companies to access low-cost borrowing from the interbank market, which is often half as much as the cost of bond market financing, analysts said. But the companies have also to pay hefty fees to bond managers.

Some said structured bond issuance is not necessarily a bad thing as it offers a creative way for companies with limit credit access to secure financing, as long as the risks can be properly reflected by the coupon rate.

But opponents said the practice is dodgy as it takes advantage of low risk awareness on the interbank market and creates fake bond demand that distorts market prices. When such assets are used for repo financing, it could easily spread the risks in the interbank market, they said.

“If the information is not truly disclosed, issuers and underwriters may contribute to fraud, which is equivalent to fraud in initial public listings,” Yang said.

“There is a global trend toward easing financial regulation, which may give a new boost to shadow banking business, and we need to pay more attention to that," Guo said.