In Depth: With Bank Lifelines, Regulators Weigh Stability Against Accountability 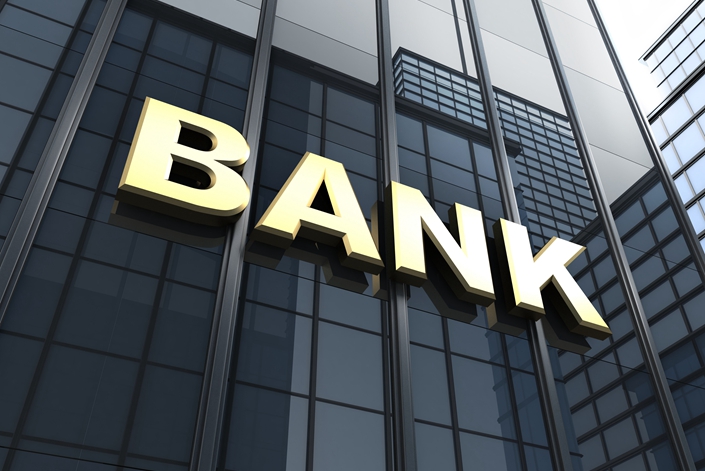 Government officials have become a common sight at Baoshang Bank Co. Ltd.’s Beijing branch since its takeover in late May — a sign of just how hard it is for financial regulators to get a handle on the private lender’s problems.

In the more than three months since the takeover, the state has stepped in to help two other small and midsize Chinese banks, introducing strategic investors to Bank of Jinzhou Co. Ltd. and arranging cash infusions for Hengfeng Bank Co. Ltd. from two parties, including a unit of one of China’s sovereign wealth funds.

After the takeover of Baoshang, regulators signaled that the state would guarantee only part of the bank’s debts to certain financial institutions. Since then, it emerged that several other lenders — including Bank of Jinzhou — were having financial problems.

The different approaches that regulators have taken with each of the three banks offer some insight into how they will deal with at-risk small and midsize financial institutions in China, where banks have rarely faced the possibility of failure thanks to the widespread belief that the state would always bail them out if they got into trouble. This created something that economists call moral hazard, a situation in which market participants have an incentive to take risks because they believe there won’t be consequences for failure. The Baoshang takeover broke this implicit guarantee because at least some of the bank’s depositors and counterparties face losses under the current takeover plan.

However, in the wake of the takeover, the regulators’ commitment to preventing moral hazard remains in question in cases when fallout from a failed bank increases the chances of a financial crisis. When regulators have to choose between stopping systemic risk and preventing moral hazard, the People’s Bank of China (PBOC) will “first consider tackling systemic risks,” said a source close to the central bank’s financial stability bureau.

Regulators took different approaches with each of the banks. They took a takeover approach with Baoshang, assisted Jinzhou’s restructuring by arranging strategic investments, and shored up Hengfeng with state support.

The PBOC and the China Banking and Insurance Regulatory Commission (CBIRC) announced on May 24 that they were taking over Baoshang due to concerns about the bank’s “severe credit risk.” The takeover of the Inner Mongolia-based lender, which has links to fallen tycoon Xiao Jianhua’s conglomerate Tomorrow Holding Co. Ltd., was the country’s first regulatory takeover of a commercial bank in 20 years.

The takeover team is being led by Zhou Xuedong, director of the central bank’s general office, and Li Guorong, a deputy head of the CBIRC’s city commercial bank supervision department. Li helped lead the regulatory team that oversaw the restructuring of Chengdu Rural Commercial Bank Co. Ltd. in 2018, when its parent Anbang Insurance Group Co. Ltd. was seized by the government after founder and former Chairman Wu Xiaohui came under investigation for fraud and embezzlement.

A source close to the takeover team said that it is working to boost the morale of the rank and file. “Regular staff members have generally been given a pay raise, but those in senior management suspected of violating the law and regulations have had their salaries cut,” the source said.

For Bank of Jinzhou, a Liaoning province-based lender whose Hong Kong shares were suspend from trading in April because it couldn’t produce a 2018 annual report, regulators decided in July to try to restructure the bank by bringing in new investors.

Under the restructuring plan, Bank of Jinzhou will receive strategic investments from three state-owned companies, including a subsidiary of Industrial and Commercial Bank of China Ltd. (ICBC). ICBC has sent four senior executives to serve as part of Bank of Jinzhou’s temporary leadership.

The recent restructuring plan has raised the morale of Hengfeng’s staff, according to sources at the bank, who added that internal reforms have been carried out and a personnel reshuffle has even reached intermediate-level managers at local branches.

The Baoshang takeover came two years after authorities launched a graft investigation into Xiao, Tomorrow Holding’s billionaire founder. Baoshang is a key piece of Xiao’s sprawling business empire. Even though it’s a midsize, lesser-known lender based in the industrial city of Baotou, North China’s Inner Mongolia autonomous region, the bank has a particularly close relationship with Tomorrow Holding, which owns at least a 70% stake in the bank through various subsidiaries, according to the central bank. “Baoshang Bank doesn’t function normally as a financial institution. It’s a cash machine for Tomorrow Holding,” a source familiar with the bank told Caixin.

The source said Baoshang helped Tomorrow Holdings put together hundreds of billions of yuan of funding through shadowy practices, including loans packaged as wealth management products, interbank lending that eventually went to the group’s subsidiaries, and funding obtained by using the group’s stake in the bank as collateral.

After Xiao came under investigation, Baoshang Chairman Li Zhenxi remained out of the Chinese mainland for a time before returning to cooperate with the investigation, Caixin has learned.

Baoshang did not release annual reports for either 2017 or 2018, offering the explanation that it was seeking strategic investors. Meanwhile its financial problems were quietly building. In 2016, its loan-to-deposit ratio surged to 80.8%, from 68.6% the previous year, according to the bank’s last annual report (link in Chinese).

Hengfeng is no stranger to scandal either. Two of its former chairmen are under investigation for corruption allegations. Even though the Shandong government in 2017 sent a team to manage Hengfeng after authorities began investigating its then-Chairman Cai Guohua for allegedly using the bank’s capital as his own personal piggy bank. Chen Ying, former head of the provincial banking regulator, then came on as chairwoman and recruited a group of professionals to get the bank back on track. However, the bank still failed to produce annual reports as it couldn’t completely fix problems with its nonperforming assets or plug holes in its capital.

As for Jinzhou, at the end of May the bank’s auditors Ernst & Young Hua Ming LLP and Ernst & Young resigned, citing inconsistencies in the bank’s 2018 financial statements that had made completion of the audit process impossible.

Previously, China relied on an administrative approach to prevent bank depositors and creditors from losing money at high-risk financial institutions. Effectively, it used its power as the lender of last resort to ensure that banks always had cash available to repay creditors and meet depositors’ demands. However, this created problems, including a lack of hard constraints on budgets and deadlines for risk management, as well as lax accountability.

Because shareholders and managers of at-risk financial institutions did not face consequences for their actions, it created moral hazard, which encouraged them to take on even more risks, according to banking experts.

“As yet, China hasn’t developed a market-based mechanism to deal with problematic banks, although a deposit insurance mechanism was set up in 2015,” China Galaxy Securities Co. Ltd. analysts said in a Caixin commentary. “The current method, which relies on the central bank’s relending business, imposes a significant burden on the entire financial system. It also creates moral hazard due to the different rights, responsibilities and interests of the parties involved in sorting out problematic banks’ assets and liabilities.”

The Baoshang takeover broke the implicit guarantee on interbank lending because the central bank decided against making the bank’s creditors entirely whole.

It is essential for the financial industry to have a market-oriented exit mechanism, the Galaxy Securities analysts said. “Meanwhile the central bank, as the lender of last resort, should decisively inject liquidity through open market operations when necessary, to ward off any potential systemic liquidity shocks that could trigger a financial crisis,” the analysts said.

“Of course, moral hazard will also need to be firmly dealt with,” the source said.

Denise Jia and Teng Jing Xuan contributed to this report.