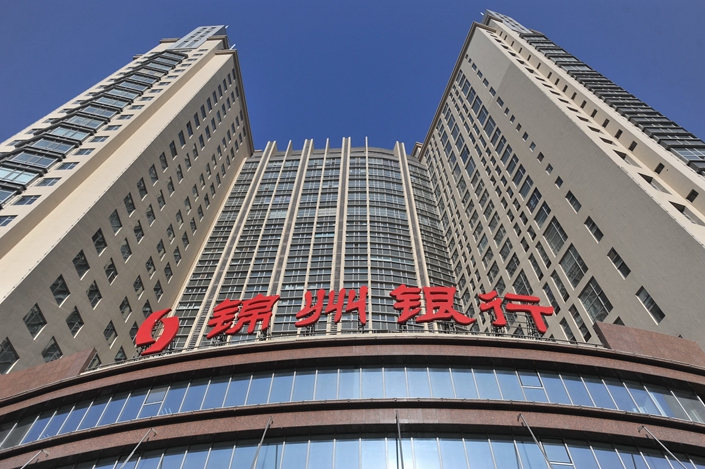 Bank of Jinzhou’s Hong Kong-listed shares were suspended in April after it failed to publish a 2018 annual report. Photo: VCG

Three investment firms, including one controlled by China’s largest lender, have confirmed that they will invest in troubled Bank of Jinzhou Co. Ltd. as part of a restructuring effort.

State-owned Industrial and Commercial Bank of China Ltd. (ICBC) will invest no more than 3 billion yuan ($435.2 million) in privately-owned Bank of Jinzhou through a wholly-owned subsidiary, ICBC Financial Asset Investment Co. Ltd., in exchange for a 10.82% stake in Bank of Jinzhou, Hong Kong- and Shanghai-listed ICBC announced late Sunday

Also on Sunday China Great Wall Asset Management Co. Ltd., another of the “Big Four” AMCs, said in a media statement that it had recently signed an agreement to acquire shares from some of Bank of Jinzhou’s shareholders.

The asset-management company didn’t specify the size of the stake it would take in Bank of Jinzhou, although sources familiar with the matter said the three strategic investors are expected to hold a total of 25% of its shares once the deals are completed.

The three companies’ involvement in the Bank of Jinzhou restructuring was first revealed by Caixin last week.

Bank of Jinzhou’s Hong Kong-listed shares were suspended in April after it failed to publish a 2018 annual report. The bank’s auditors resigned at the end of May, citing inconsistencies in the bank’s financial statements for 2018 that had made completion of the audit process impossible.

Neither ICBC nor Cinda revealed which existing shareholders their subsidiaries were acquiring shares from. Bank of Jinzhou’s current largest shareholder is Rongcheng Hawtai Automobile Co. Ltd. — a subsidiary of Beijing-based private carmaker Hawtai Motor Group Ltd. — which held 7.44% in the bank at the end of June 2018. Hawtai Motor faces its own financial troubles, including 1.5 billion yuan of unpaid bonds.