Five Things to Know About the Baoshang Bank Takeover 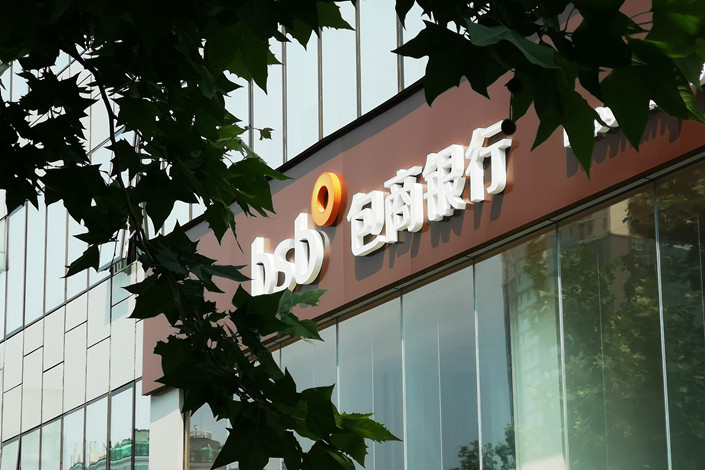 A branch of Baoshang Bank in Beijing on May 25. Photo: IC Photo

On Friday, the People’s Bank of China (PBOC) and the China Banking and Insurance Regulatory Commission (CBIRC) took over Baoshang Bank Co. Ltd., citing “severe credit risk.” It was the first time that a private lender in China had been directly taken over by authorities in 20 years.

Here are five key things to know about the case:

1.What was the issue?

The first issue was Baoshang Bank’s relationship with a disgraced former tycoon. The small, private bank — which is registered in the Inner Mongolia city of Baotou — was partly owned by Tomorrow Holding. That company’s founder, Xiao Jianhua, is understood to be under investigation for graft and has not been seen in public since January 2017.

Separately, the bank did not disclose its 2017 and 2018 reports, using the excuse that it was seeking strategic investors (link in Chinese). Meanwhile its financial risks were quietly building. In 2016, its loan-to-deposit ratio surged to 80.8%, from 68.6% in 2015, according to the bank’s 2016 annual report (link in Chinese).

At the end of September, the bank had 535.8 billion yuan ($77.6 billion) in assets and 503.4 billion in liabilities, the bank’s 2019 interbank NCD issuance plan (link in Chinese) showed. It also had 221.1 billion yuan in interbank debts, accounting for over 40% of its total liabilities.

2.How will Baoshang guarantee creditors?

Regulators have guaranteed all retail depositors’ money, alongside all of Baoshang’s corporate deposits and interbank debts of up to 50 million yuan, the PBOC and CBIRC said in a joint statement (link in Chinese) on Sunday.

3.How will the takeover impact the industry?

Even though concerns have emerged, the industry’s exposure to the lender is expected to be limited.

“We believe the takeover reflects rising risks in the city commercial bank sector following the deleveraging campaign. However, it’s likely to be a standalone incident which will not trigger systemic risks in the near term,” said analysts at ANZ Research in a note, adding that the takeover may set a precedent for future arrangements.

Economists from Nomura International (Hong Kong) Ltd. said in a note that “the impact of this particular case should not be exaggerated,” primarily because Baoshang Bank is not representative of the broader banking system and its balance sheet is relatively small.

Following the takeover, regulators have pledged to inject sufficient liquidity support into Baoshang Bank, and to provide more policy support for small and midsize banks, according to the Sunday statement (link in Chinese).

The central bank also set up a company on Friday, when Baoshang was taken over, to manage a 100-billion-yuan fund to protect depositors’ savings at financial institutions.

Nonetheless, some interbank products issued by small and midsize banks may be impacted due to the investors’ increasing wariness of taking on risk, said Nomura economists, adding that this could “lead to an increase in risk premia and result in higher funding costs for such banks.”

The takeover is widely seen as an attempt to break the long-existing “hard guarantee,” or implicit guarantee of repayment that had fueled risk-taking and built a culture of complacency — and expectations among investors that they would be bailed out if worst came to worst.

China’s authorities have made efforts to break this implicit guarantee, rolling out rules in December that aimed to firewall banks’ wealth management businesses.

The “hard guarantee” to China’s banking system has finally been broken, said Nomura economists adding that this takeover has “profound historical significance.”

5.What’s the link with Tomorrow Holding?

The rare takeover came two years after Xiao, the founder of conglomerate Tomorrow Holding, was reportedly placed under graft investigation by Chinese authorities.

Baoshang is a key piece of Xiao’s sprawling business empire. Even though it’s a small, little-known lender based in a small industrial city, the bank is considered to have a particularly close relationship with Tomorrow Holding.