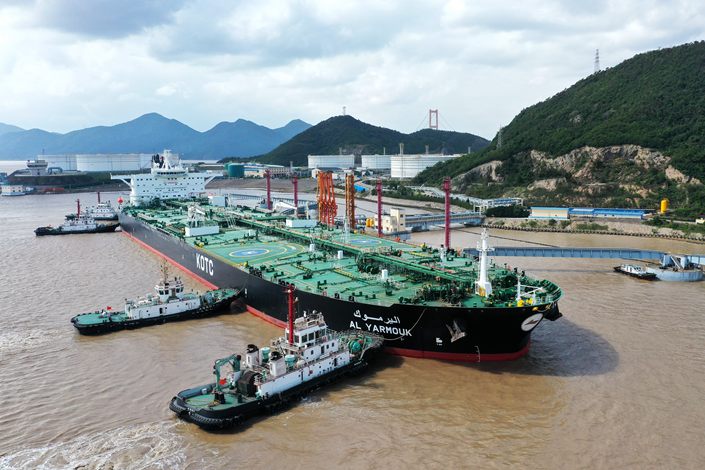 (Bloomberg) — A sharp drop in oil prices may be about to get some relief from China.

Against a backdrop of sagging demand and signs of growing supply, the world’s biggest oil buyer raised the quota for use of overseas oil by non-state entities next year by more than 20% versus 2020, according to an announcement from the Ministry of Commerce earlier Monday.

The increase in the import quota is equivalent to about 823,000 barrels a day, which is slightly less than the amount that OPEC member Algeria pumps. The firms that’ll use the oil include private refiners, known as teapots, which have become increasingly important in the global oil market in recent years. Those companies have been running their plants at a higher utilization rate than a year ago for many months already, while their counterparts in the U.S. and Europe lag behind.

The increased allocation signals oil purchases from the world’s biggest importing nation will be even stronger at a time when global demand faces new headwinds from more restrictions and lockdowns as coronavirus infections spread again in Europe and the U.S. The worsening demand outlook coupled with fresh supply in Libya has weighed on benchmark prices, pulling West Texas Intermediate down as much as 6% earlier Monday. As of 7:29 a.m. New York local time, crude was 2.4% lower at $34.93 a barrel.

Behind the boost to imports is China’s ambitious capacity expansion. The country’s brand-new, mega-refiner Zhejiang Petrochemical started up one of its new 200,000-barrel-per-day crude distillation units on Sunday, the company’s parent said in an exchange filing. Another, Chinese independent refinery Shenghong Petrochemical Group, is working on building the country’s single largest crude unit, which is scheduled to start up by the end of next year.

Oil traders have been buying up cargoes since early October and sending them toward China, hoping to capitalize on an expected surge in demand at the end of the year when independent refineries there get the import licenses for 2021.

The country set crude import quotas for non-state companies at 243 million tons, according to the ministry statement. That’s equivalent to 4.9 million barrels a day, data compiled by Bloomberg show. China kept the annual quota unchanged at 202 million tons for this year, after a stunning increase of over 1 million barrels a day for 2019 versus the prior year.