China Imports Most American Oil Ever

By Luo Guoping and Flynn Murphy 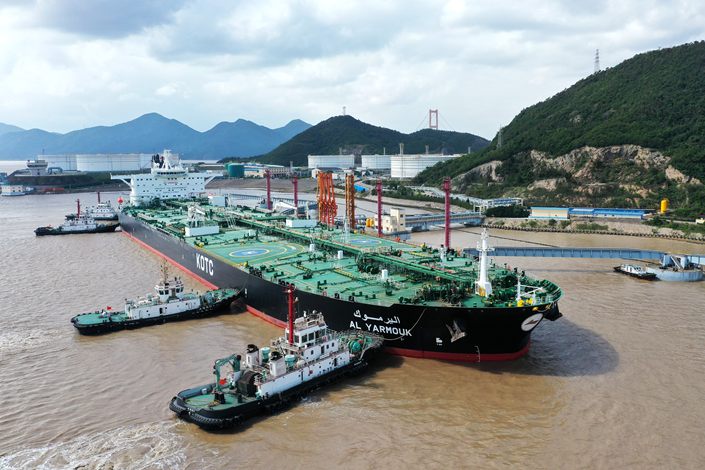 China’s imports of U.S. crude oil hit a record high of 3.897 million tons in September — around 950,000 barrels a day — as the country scrambled to fulfill the energy import obligations in the preliminary trade deal both countries inked in January.

That represented a year-on-year increase of 652.41%, the highest since records began, and made America China’s fourth-largest source of crude as Iraq dropped to No. 5.

The U.S. is not the only source of crude to see its exports to China spike, as imports from Saudi Arabia and Russia also shot up for the period. China imported a total of 48.48 million tons of crude oil in September, 5% more than the previous month, and a year-on-year increase of 17.6%.

Under the terms of the phase one trade deal, China needs to buy an additional $52 billion worth of American energy products in the next two years. Observers expect liquefied natural gas (LNG) and crude oil to do most of the heavy lifting.

But the coronavirus pandemic has severely dampened demand in the oil market, and international prices, which plummeted in February, are still depressed. The U.S. WTI crude oil futures price was about $53 a barrel by the end of February, and plunged into negative territory for the first time in history on April 20, before gradually recovering. It is currently fluctuating around $40 a barrel.

Customs data suggests China imported 10.924 million tons of crude oil from the U.S. this year. But the dramatic drop in prices means this only represents about $3.324 billion worth of oil.

In the first four months of the year, China imported very little crude from the U.S., but ramped up imports in May. The country has now been the largest export destination for U.S. crude oil for four straight months, according to data from energy consultancy Argus.

Shipping data can be used to predict short-term trends, and according to figures from Argus, the United States last month increased the number of “very large crude carriers” headed for China to 18 from six. These supertankers, which can hold hundreds of thousands of tons of oil, are expected to land this month, meaning imports from the U.S. should continue to rise in October.

Meanwhile, the amount of crude China imports from Iraq has fallen each month since May, dropping from 6.692 million tons that month to 3.654 million tons in September.

From January to September, China imported 420 million tons of crude, up 12.7% from the same period last year.