By Luo Meihan and Wei Yiyang 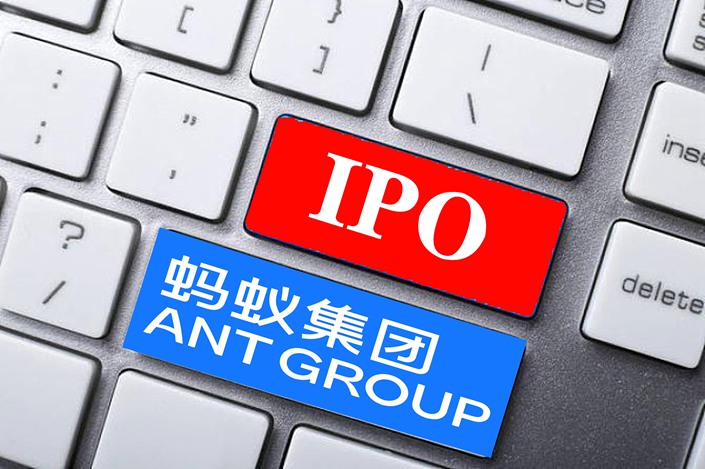 A record 1.55 million mom-and-pop investors subscribed to the Hong Kong half of the dual offering last week, putting up HK$1.3 trillion for the shares.

Investors hoping to buy a share in Ant Group Co. Ltd. saw their chances crumble away after its mega dual listing was suspended amid mounting scrutiny over the fintech giant by Chinese authorities.

The situation is worst for retail investors that took out margin loans in order to subscribe to Ant Group’s IPO in Hong Kong, who now have to bear the financial costs of their loans without the opportunity to make any money back from their planned investment.

Applications for Ant Group’s Hong Kong offering, including commission fees, will be refunded, Ant Group said in a statement released Wednesday, adding that refunds would be processed on Wednesday and Friday.

Some, but not all, brokerages have said they will refund partial or full interest on margin loans taken out to buy into the IPO.

Hong Kong-based brokerage Futu Securities International (Hong Kong) Ltd. said (link in Chinese) Wednesday that it will waive and bear all handling fees and loan interest for its Ant Group IPO clients, who took out loans (link in Chinese) worth HK$31.8 billion ($4.1 billion).

Huatai Financial Holdings (Hong Kong) Ltd., on the other hand, said (link in Chinese) it would slash its annualized interest rate from 3.9% to 2.5% to “bear losses along with investors.”

Ant Group’s $34.5 billion IPO, which was set to be the world’s largest ever, stoked a buying frenzy among investors. A record 1.55 million mom-and-pop investors subscribed to the Hong Kong half of the dual offering last week, putting up HK$1.3 trillion for the shares.

“I was hoping to make some money by investing in Ant Group, but now I am losing money,” said a Hong Kong retail investor.

Amid strong investor demand, financial institutions also raced to offer commission-fee waivers and cheap margin loans to compete for clients. A local newspaper reported that financial institutions in Hong Kong had loaned as much as HK$519.2 billion to Ant Group IPO investors. Banks and brokers offered low interest rates of 0.5% to 4% annually, leading to interest costs for investors totaling HK$36 million to HK$284 million for the five days before the scheduled debut, according to Caixin calculations.

On Tuesday, the Shanghai Stock Exchange suspended the Shanghai leg of Ant Group’s IPO, citing changes in the regulatory environment, causing the company to suspend the Hong Kong portion of the IPO.

The IPO suspension is meant to give Ant Group time to further disclose the impact of new regulations on their business and valuation, wrote Iris Tan, a senior equity analyst at U.S. financial services firm Morningstar Inc.

While Tan said the IPO suspension had little impact on the ongoing opening of China’s capital market, she warned foreign investors of “plenty of regulatory risks in China,” as authorities catch up with the explosive growth of fintech businesses and seek to put them on an even playing field with traditional financial institutions.

Hong Kong-listed shares of e-commerce giant Alibaba Group Holding Ltd., which holds about one-third of Ant Group, closed down 7.5% on Wednesday, following an 8.1% slump in its New York-listed shares the previous day.