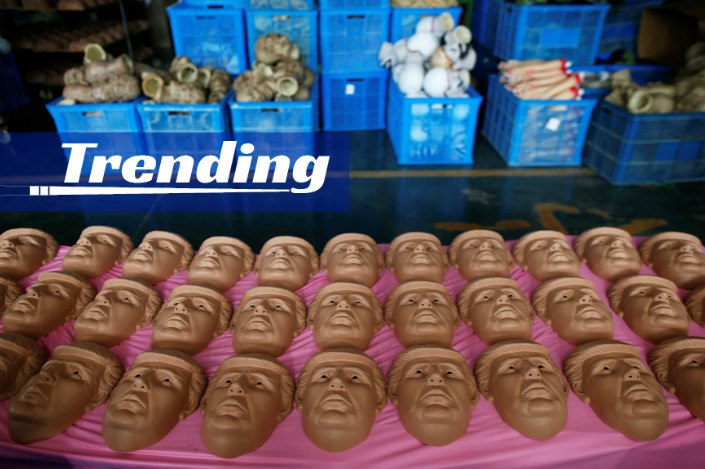 American politics is flavor of the day on Chinese social media since voting began in person Tuesday. By Nov. 5 the hashtag “U.S. presidential election” racked up 7 billion views on Weibo. Also popular are “Top online search in America on polling day is how to move to Canada” and “Trump and Biden supporters clash outside the White House” with combined views numbering around 200 million.

Election watching was closely followed on the Twitter-like Weibo this week, as internet users have kept their eyes peeled on results coming in and the impact of the vote on people in the world’s largest economy. Moreover, social media users in China are considering the impact on their own country, which has been set up as America’s rival for hegemony over the course of a protracted trade war and global pandemic.

In keeping with Chinese state media tradition, one trending topic was “impending civil war” in various cities where the vote is currently being contested. But beyond forecasting violence and doom, social media commentators have resorted to word games, appropriate for the sport of watching politics in a country with a very different political system to their own.

Popular comments under the line include, “Canada begs you not to come as you all have Covid-19” and “What’s wrong with moving to Mexico?”

Longer comments on Weibo demonstrate how disappointed Chinese social media users are with U.S. democracy. One commentator sets out a possible scenario for civil war. “I can see Biden winning 270 votes, King Donald not accepting this and suing, the court giving Donald the presidency, Democrats not agreeing, and the U.S. falling into chaos.” The article goes on to say that “since the Civil War, the U.S. hasn’t carried out any political reforms. The system is stale and aging…this is not caused by Trump.”

Another post with thousands of likes wrote, “No matter who is elected they both have the same attitude towards China. It’s just that Biden uses dark arrows while Trump comes at us directly.”

If China could choose however, a clue may have come from the editor of the nationalist Chinese newspaper Global Times Hu Xijin, who tweeted a play on words referencing China’s imperial court saying “Beijing is a ‘For-Biden City.’

Appropriately, a popular joke being forwarded online references a homonym of Biden’s name in Chinese, “Don’t wait or别等” telling watchers to get some rest and check the results again in the morning.

Related: Caixin China Biz Roundup: How Will the Next U.S. Presidency Impact China?