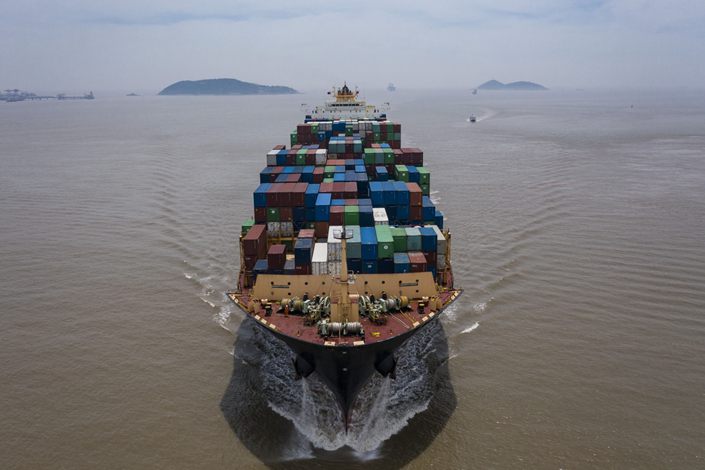 (Bloomberg) — China’s purchases of key commodities fell in October from the prior month, mainly because of seasonal factors including an extended holiday at the start of the month in the world’s biggest buyer of raw materials.

Among major commodities, crude oil imports fell to a six-month low of 42.6 million tons as private refiners ran low on quotas and state firms trimmed purchases due to maintenance, according to customs data on Saturday. Still, the tally for the year is likely to increase by 10% from 2019 to more than 550 million tons as the rebounding economy drives demand, a senior executive at China Petrochemical Corp., owner of the nation’s biggest refiner, said on Sunday at an energy conference in Shanghai.

Coal purchases in October slumped to 13.7 million tons, a low for the year, as buyers close in on an unofficial annual cap of around 300 million tons. Year-to-date shipments of 253 million tons suggest more room for imports in the last two months, although a ban on coal from major supplier Australia means that it’ll be other origins that benefit.

Natural gas imports fell to a three-month low of 7.5 million tons, in a lull before peak winter demand.

Iron ore shipments topped 100 million tons for a fifth month, with the year-to-date total running 11% ahead of 2019 as China turned to its usual infrastructure splurge to rejuvenate the economy. A slowdown is expected in subsequent months as winter production curbs cut demand from the steel industry.

Copper purchases fell to a five-month low — though they’re still up more than 40% over the first 10 months — while ore purchases fell from September’s 2020 high, as the seasonal demand lull started to take hold.

Soybean imports dropped to 8.7 million tons, a six-month low, as cargoes from Brazil, the country’s largest supplier, dwindled. But the total was far higher than last year due to the recovery in the domestic hog herd after African swine fever, and expanded U.S. purchases to fulfill China’s trade deal obligations.

And while meat and offal imports also fell in October, the near-70% rise through the year so far to over 8 million tons is a record as China is forced to import more protein to cover its pork shortfall.