Editorial: If Innovation Is to Drive China Forward, Ideological and Institutional Obstacles Need to Go 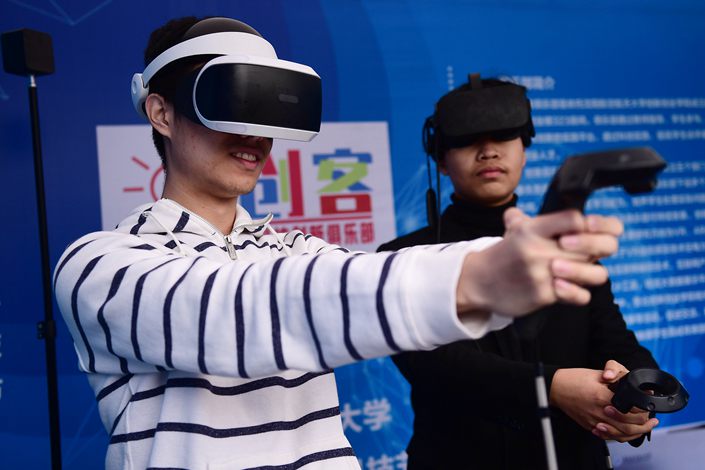 Innovation will propel China’s economic and social development through the next five years and beyond. A series of proposals outlining the next phase of China’s economic and social development, which were recently adopted by the Central Committee, mention the word “innovation” 47 times. Specifically, the document states the “core position of innovation” in China’s modernization drive, and the need to “take scientific and technological self-reliance as a strategic support for national development.”

However, the proposals also admitted that China’s capacity for innovation “do not meet the requirements of high-quality development.” How well we resolve these sharp contradictions will determine the quality and level of China’s medium and long-term development.

However, compared with developed countries and regions, China still has shortcomings in key scientific fields and core technologies. While we excel at applied research, we are comparatively weak on original research. Current U.S. sanctions that have restricted our supply of chips and other technologies — including so-called “chokepoint” technologies — are risks that heighten this situation. In recent years, China’s total factor productivity, which reflects the level of technology and management in economic growth, has also been declining.

Obviously, whether it is to promote the high-quality development of the domestic economy or enhance the country’s competitiveness, enhancing technological innovation capabilities is the only way forward for China. In the future, funding bottlenecks will not affect China’s innovation level as much as ensuring an efficient, free system for innovation to thrive. Therefore, we must resolutely remove all ideological obstacles and institutional barriers that restrict innovation.

A lack of funding has long plagued scientific research in China. Thanks to the rapid economic development since reform and opening up, China’s research and development investment intensity — that is, the ratio of R&D investment to GDP — has risen rapidly in the past 10 years. In 2019, the country invested a total of 2.21 billion yuan in R&D, an increase of 12.5% over the previous year. That put R&D investment intensity at 2.23%, an increase of 0.09 percentage points on 2018.

However, there is still plenty of room for improvement. In terms of scale, China still cannot compete with the United States. In terms of investment intensity, we are far behind Israel, South Korea and other countries. Of course, given China’s huge economy and strong development prospects, funding will no longer be our main obstacle. Our top priority is to improve the structure of funding sources and usage, and to improve the government’s investment-oriented and multi-channel social investment mechanisms. In particular, we must increase support for basic frontier research.

The problem now is reining in our tendency to embrace huge levels of investment while ignoring the efficient use of capital. Scientific research needs funding, but more money does not necessarily produce better results. We need efficient systems and mechanisms so that people can make the best use of their talents and materials to create a good academic atmosphere.

In recent years, China has seen occasional high-profile academic fraud scandals. Researchers complain about filling out excessive forms, struggling to get invoices reimbursed and getting entangled in unreasonable evaluation indicators. Even more outstanding scientists are behind bars for violating rigid scientific research funding rules. These phenomena not only represent the relentless squandering of the talents of scientific researchers, but also the unnecessary wastage of national research projects. They reflect deep-seated shortcomings of our systems and mechanisms that must be fundamentally eliminated.

These discussions get to the heart of the matter. In terms of scientific and technological innovation, we should also make every effort to promote the “delegation, regulation, and service” of government departments, so as to get away from things that should not be managed or are not managed well. The lesson from the history of international science and technology is that the main role of government should be to coordinate and serve, and encourage fair competition and cooperation between businesses, research institutions and universities, instead of trying to shape the course of technology and selecting winners and losers through political will, or ensuring the submissiveness of researchers by fencing them in with bureaucracy.

As early as 2015, the Central Committee and the State Council issued opinions on deepening systemic and mechanistic reforms and accelerating the implementation of innovation-driven development strategies, in a bid to optimize support for basic research and reform the evaluation system for universities and research institutes. Research institute reform and other issues have been comprehensively planned and now need to be implemented.

It is worth noting that the proposals also argue for improving the new nationwide system under the conditions of the socialist market economy and fighting the battle for core technologies. While the traditional system served us well during a specific period and in specific fields, most research and innovation was limited to the military industry. Participants in projects under that system operated without openness, and their products could not stand the test of the market, limiting their impact on the national economy.

The reason why the new nationwide system is called “new” is because it aligns with the market economy. The market plays a decisive role in the allocation of resources, and businesses should be the main force in technological innovation.

Additionally, the new system exists in the era of China’s opening up to the outside world. Scientists and engineers are involved in open innovation with deep global integration.

Finally, the system must adapt to China’s new development stage. After catching up with other countries, Chinese scientists must pay more attention to originality. In the final analysis, the new nationwide system is there to correctly handle the relationship between the government and the market when it comes to scientific research.

The history of science and technology, both in China and abroad, shows that technological innovation has usually burst forth in times of ideological emancipation. Science and technology is deeply embedded in a country’s socioeconomic system. The proposals state that China aims to be a leading innovative country by 2035, something that will surely be a great source of pride for us. Therefore, it behooves us to promote the modernization of our governance systems and capabilities, so that the creative vitality and wisdom of all types of people can burst forth.