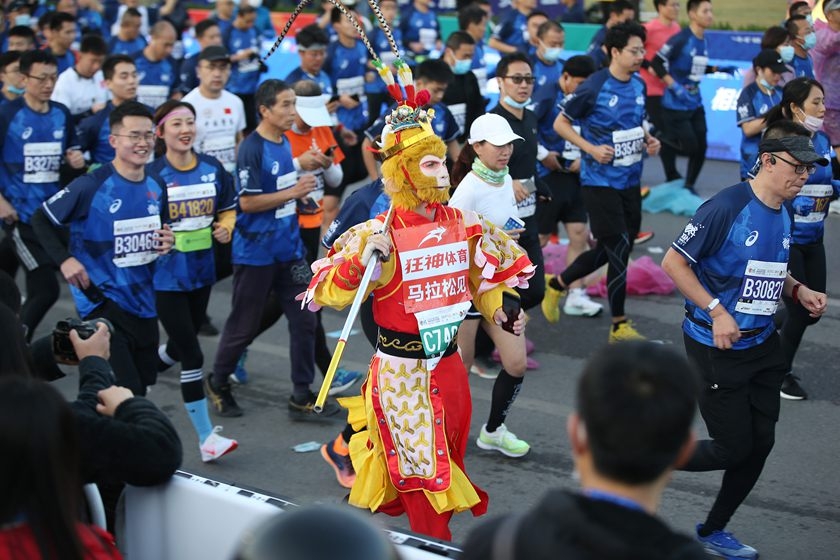 A runner dresses up as the Monkey King figure from Chinese literature on Sunday at the 2020 Xi’an Marathon in Xi’an, Northwest China’s Shaanxi province. 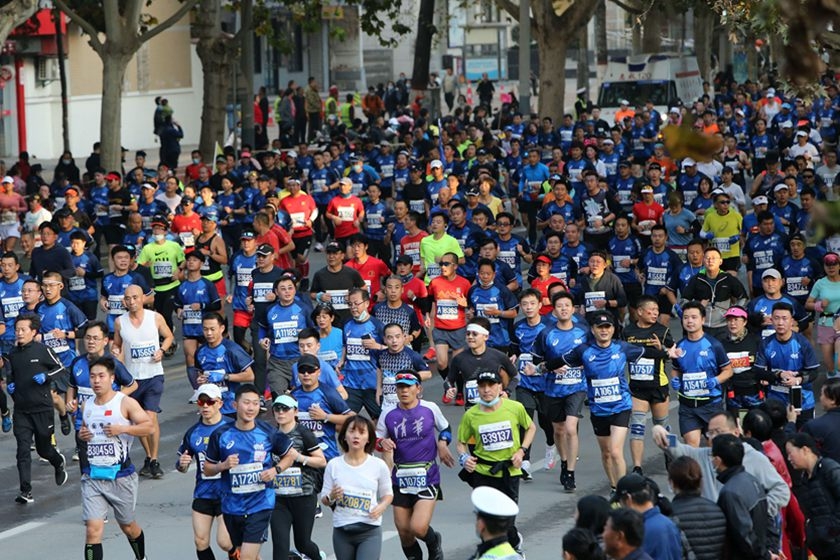 About 24,000 people from all over China participated in the marathon, which is now in its fourth edition. 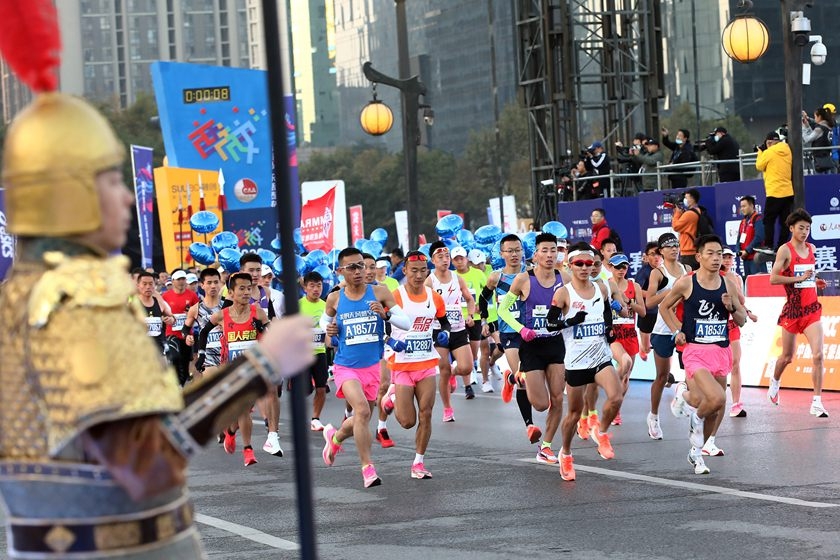 Runners begin the race at the Xi’an South Gate on Sunday morning. 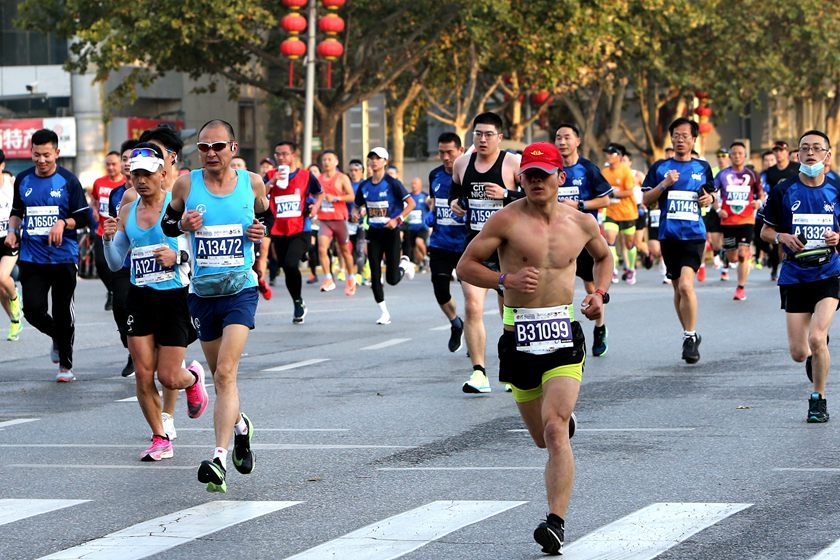 A shirtless runner competes in the marathon. 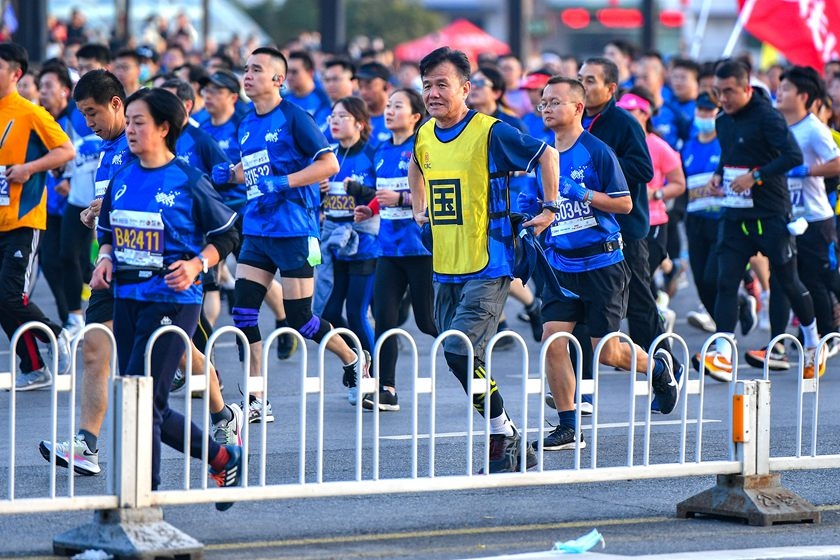 Runners compete in the 2020 Xi’an Marathon. 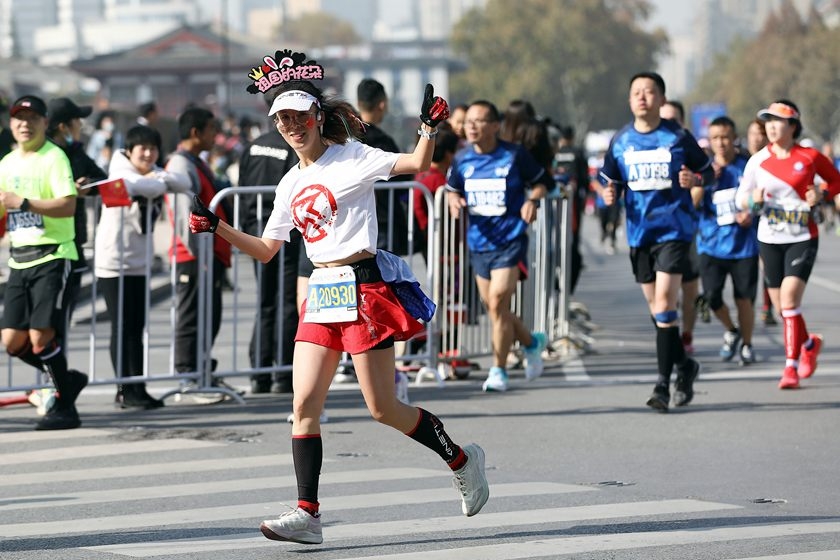 A runner gives spectators a thumbs-up during the marathon. 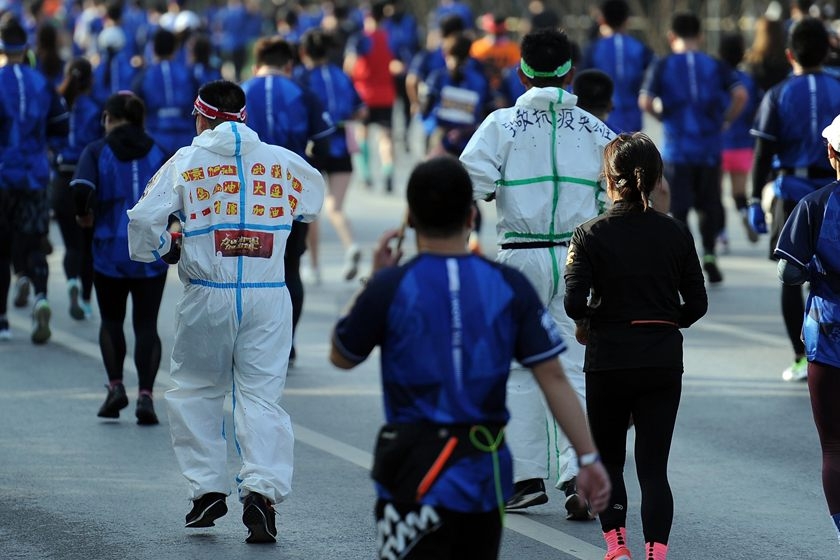 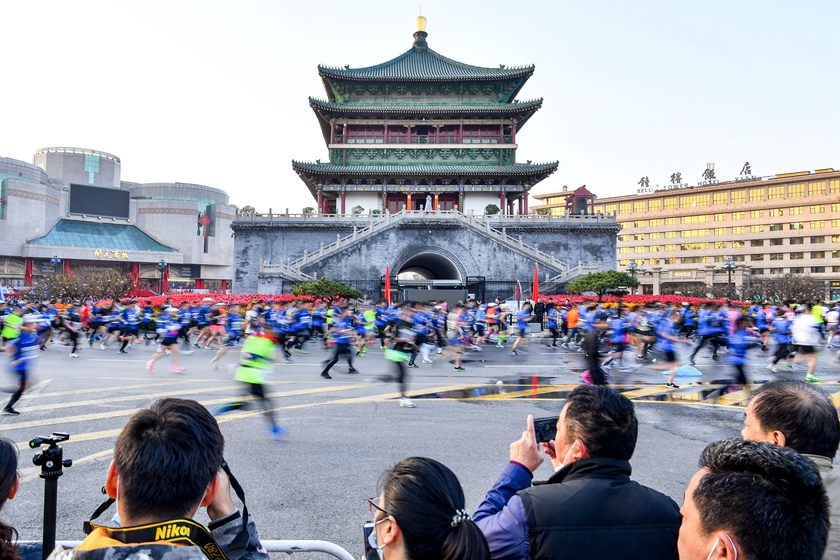 People take photos of marathon runners passing the centuries-old Bell Tower, which lies at the heart of the ancient city. 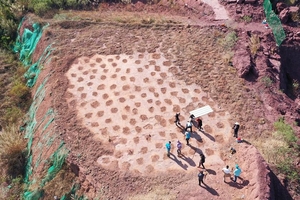 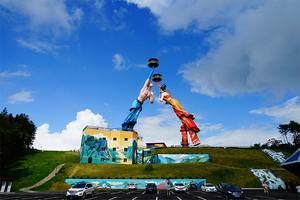 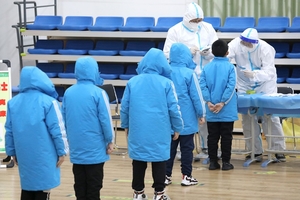 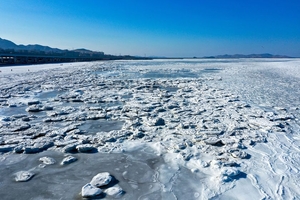 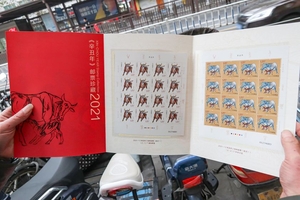 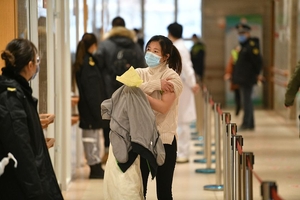