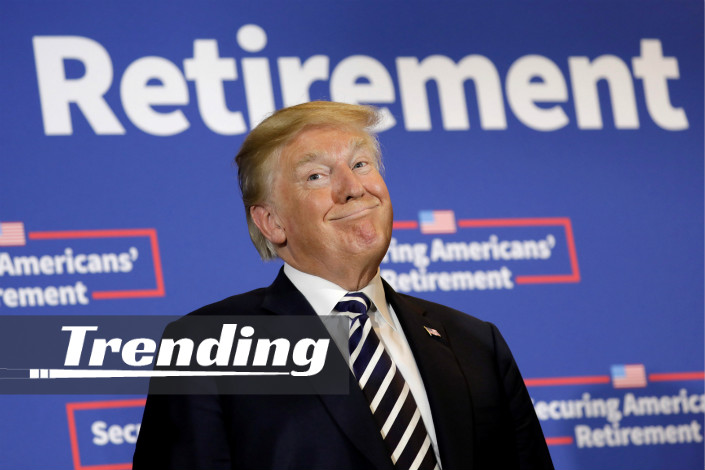 Weibo users have been following a statement by Twitter that after the new president’s inauguration on January 20 next year, Donald Trump will lose the special protection the Twitter platform has extended to him during his term in office and he will have to follow the apps’ content rules just like everyone else.

It is believed that Twitter’s treatment of presidents and prime ministers who violate the rules for ordinary users is based on the principle that the public has the right to see what their leaders are saying, and that these posts themselves are newsworthy.

Trump is well known for making controversial remarks on Twitter during his tenure. His tweets are likely to fall foul of Twitter’s guidelines after he leaves the White House.

Chinese social media users seem happy to hear this news; the reason might be that most of them are more inclined to support Biden. “VVVVIP has expired,” a popular comment summarizing the loss of Trump’s privileges with a joke.

Others expressed regret. “Suddenly I feel that Trump is a little bit pitiful, all good things he had will come to an end eventually,” although sarcasm is hard to convey on social media and some viewed this comment as a joke.

Other comments were quick to advise the president to jump social media platforms, “Weibo welcomes you, come to Weibo please!”