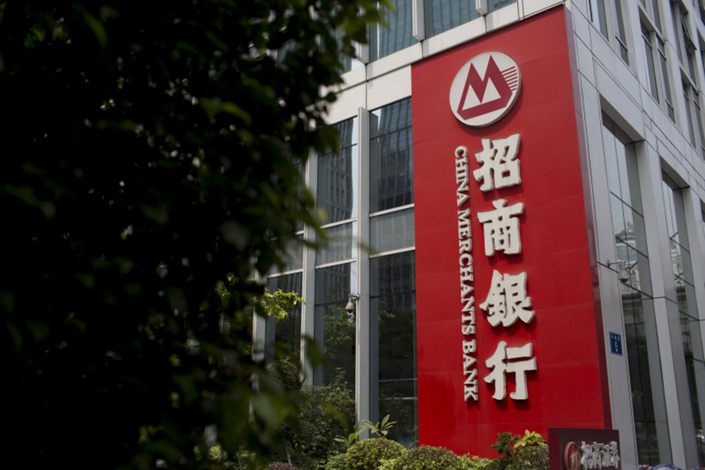 (Bloomberg) — China Merchants Bank Co. and other state-backed lenders have emerged as the biggest winners from new regulations that derailed Ant Group Co.’s massive stock listing, as China aims to level the playing field between fintech giants and traditional banks.

Merchants Bank, known as the retail bank king in China, has soared 18% in Hong Kong this month, its biggest seven-day advance in more than five years. The stock rose as much as 3.6% on Tuesday to a record high. Other Chinese lenders gained, including Agricultural Bank of China Ltd., while Alibaba Group Holding Ltd., an affiliate and one-third shareholder of Ant, lost 4%.

Ant and other fintech giants such as Tencent Holdings Ltd., using big data and cloud computing, have grabbed market share from commercial banks in the lucrative consumer lending space by providing easier access to credit for younger users online, many of whom have little income nor credit history.

“The regulations move the dial back in favor of banks,” said Sanjay Jain, a Singapore-based head of financials at Aletheia Capital Ltd., Asia’s biggest independent investment-research firm. “It seems the regulators are putting brakes on the extent of income that can be disintermediated out of the banking system.”

Merchants Bank, based in the southern technology hub of Shenzhen, is one of the largest credit card issuers in China with 155 million consumer banking clients at the end of September. The bank derived about 57% of its net operating income from retail finance last year, among the highest in China. Along with other state-owned lenders such as Industrial and Commercial Bank of China Ltd., it has been battling Ant for customers in everything from payments to lending and wealth management, while leveraging its own digital platforms to acquire new users.

Ant has been winning a lot of the battles. Based in the eastern province of Zhejiang, Jack Ma’s fintech juggernaut helped provide small unsecured loans to about 500 million people over the past year through two micro-lending platforms: Huabei (Just Spend) and Jiebei (Just Lend). After getting its start in online payments with Alipay, lending is now the firm’s biggest business.

Ant has underwritten about 1.7 trillion yuan ($259 billion) in consumer loans and 422 billion yuan in small business loans for about 100 banks and other financial institutions, most of which have limited distribution networks. Ant doesn’t work with larger consumer lenders like China Merchants.

Chinese state banks have been pushing for Beijing to curb fintech giants for years with limited success. At one point state media called Ant’s money-market funds “blood-sucking vampires” for siphoning off banks’ deposits. The move last week was a “watershed moment” for the financial regulatory framework, according to Daiwa Securities Group Inc.

The China Securities Regulatory Commission said a shift in the regulatory environment for the fintech industry will have a “huge impact” on Ant’s operational structure and profit model. The regulator said preventing its “hasty” listing, two days before the scheduled debut in Shanghai and Hong Kong, is a responsible measure for the market and investors.

Under the proposed changes, Ant and other online lenders will have to provide at least 30% of the funding when it offers loans with other banks, up from just 2% currently. Loans to an individual would be capped at 300,000 yuan, or no more than a third of the borrower’s average income in the past three years.

The regulations raise the bar for Ant and other upstart lenders, forcing them to set aside more capital and assume more risk, similar to standards already imposed on firms like China Merchants Bank.

“The entry barriers to the online micro-lending business have increased,” said Tang Shengbo, an analyst at Nomura Securities Co. He expects the industry’s growth in loan balances to slow to 17% annually between 2019 and 2023, from a previous estimate of 28%.

That muted growth should give a boost to Merchants Bank, which currently trades at 10 times earnings, more than twice as high as its Hong Kong-listed peers. That’s a fraction of the 48 times 2021 price to earnings ratio that investors assigned to Ant ahead of its planned listing.

When the Ant IPO comes back to market, likely next year, investors will give it a much smaller valuation, according to some analyst estimates. Multiples will be closer to traditional banks, reflecting the new regime that makes Ant more “fin” than “tech.”

“At the very least, the fizz and the froth around the IPO and the post-listing price should be gone,” said Jain. “Authorities would have achieved their objective.”