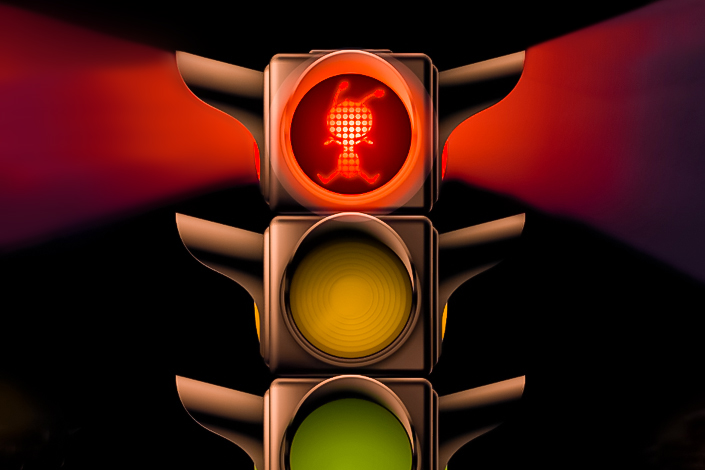 The draft rules are a response to concerns that the sector’s rapid growth may pose a threat to financial stability.

Financial regulators on Nov. 2 issued draft rules that would impose more restrictions on previously lightly regulated online microlending. If enacted as drafted, online microlenders who do business across provincial lines will need to set aside a minimum of 5 billion yuan ($758.3 million) in registered capital. China has hundreds of online microlenders with interprovincial operations, but only four of them currently meet that minimum, according to public business records.

The draft rules are a response to concerns that the sector’s rapid growth may pose a threat to financial stability. They are also part of the reason one of China’s largest microlenders, Ant Group Co. Ltd., was forced on Nov. 3 to suspend its would-be record-breaking $34.5 billion listing just two days before it was scheduled.

Most other players lag far behind the requirement. Tencent’s online microfinance firm, for example, has only 2.5 billion yuan of registered capital.

Ji Shaofeng, an expert on small loans, estimated in a recent commentary (link in Chinese) that no more than 20 of China’s licensed online microlenders will likely be able to stump up 5 billion yuan of registered capital within a year. The draft would give companies a three-year transition period to comply with the rules.

The registered capital requirement is not the only thorny new restriction, either. The draft regulations would also tighten oversight of joint loans, a common form of online microlending business where microlending companies team up with other financial institutions to lend money and share profits. Under the draft, microlenders must put up at least 30% of any joint loan, forcing them to bring billions of yuan onto their balance sheets. Caixin previously reported (link in Chinese) that some microlenders contribute as little as 1% of joint loans.

Wang Yifeng, an analyst with Everbright Securities Co. Ltd., said some online microlenders may scale back joint loan business as a result and rely more on intermediary business. As an intermediary, they would not lend money out themselves but instead serve purely as a platform to match lenders with borrowers.

The intermediary business is less lucrative than joint loans, as microlenders would only be able to earn profits by charging financial institutions service fees. Such a transformation would likely curb microlenders’ profits in the short term, multiple analysts said.

The draft rules were viewed by many as a response to an Oct. 24 speech by Jack Ma, the actual controller of Ant Group, criticizing regulators for hampering innovation in the name of controlling risk. Before the suspension of Ant Group’s listing, financial watchdogs on Nov. 2 called Ma and other company executives at Ant Group for a “regulatory interview.”

The latest meeting of the Financial Stability and Development Committee on Oct. 31 chaired by Chinese Vice Premier Liu He also included remarks that many saw as a veiled response to the speech. Officials at the meeting said it is necessary to properly balance financial development, stability and security. Regulators should treat companies that conduct the same type of financial activity equally, they said.