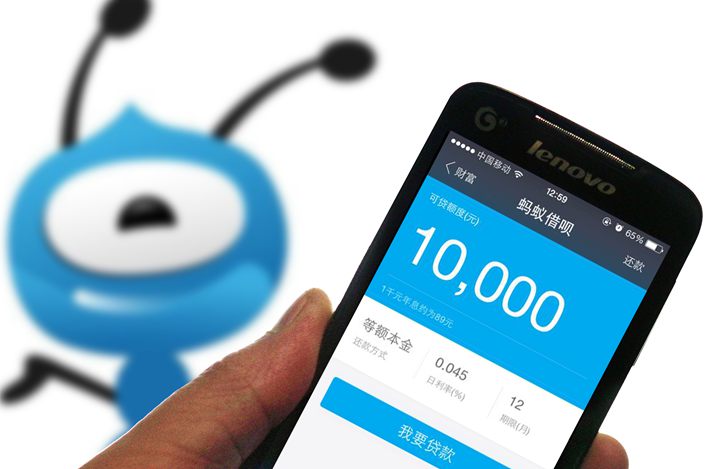 The ruels' publication comes at an inopportune time for Ant Group, whose upcoming dual listing in Shanghai and Hong Kong has drawn global attention.

The People’s Bank of China (PBOC) and the China Banking and Insurance Regulatory Commission (CBIRC) on Monday released draft rules (link in Chinese), stipulating stricter standards for a range of operational and financial metrics including leverage levels, joint lending, and cross-province business.

Its publication comes at an inopportune time for Ant Group, whose dual listing in Shanghai and Hong Kong has drawn global attention and a frenzy of applications for shares from both individual and institutional investors. The fintech giant is set to begin trading on Thursday.

In a move widely seen as a sign that the proposed changes will apply to everyone, the PBOC and other financial watchdogs called Ant Group’s billionaire founder Jack Ma, Chairman Eric Jing and CEO Simon Hu in for a “regulatory interview” on Monday, according to a brief statement on the website of the securities regulator which didn’t give details of what was discussed.

Ant Group is the biggest online consumer credit platform in China through its Huabei (花呗) product, which offers credit lines for small unsecured loans to customers for daily expenditure, and Jiebei (借呗), which offers short-term unsecured loans for larger transactions, according to its IPO prospectus. The platforms are owned by two companies registered in the municipality of Chongqing in Southwest China –– Chongqing Ant Shangcheng Micro Loan Co. Ltd. and Chongqing Ant Small and Micro Loan Co. Ltd. –– and are considered the main growth drivers of the group.

The rules stipulate that online microlending businesses can only operate within the province or region where they are registered and won’t be allowed to do business outside that area without regulatory approval. The draft gives companies a three-year transition period to comply with the rules.

They impose restrictions on the amount of leverage lenders can take on. The draft stipulates that money raised from bank loans or from shareholders must not exceed the microlender’s net assets, while funds obtained from the issuance of bonds, asset-backed securitization products or other debt instruments should not exceed four times the company’s net assets.

The regulations also tighten oversight of joint loans, loans that originate through cooperation with other financial institutions. Online microlenders should fund at least 30% of any joint loan with financial institutions, according to the draft, which doesn’t specify what the percentage is currently. Caixin has previously learned (link in Chinese) that some microlenders contribute as little as 1% to 5%.

The proposed regulations, if given final approval in their current form, have the potential to create short-term headaches for Ant Group. The restrictions on leverage levels and the criteria for joint loan contributions may force the company to change the way it raises money to fund its Huabei and Jiebei platforms and crimp their expansion in the short term. Regulatory risk takes up almost two pages in the “Risk Factors” section of the group’s IPO prospectus.

Ant Group managed to scale up its microloan business relatively quickly with Huabei and Jiebei through selling asset-backed securities, pools of loans that are packaged and sold to investors, and by partnering with financial institutions to issue joint loans. At the end of June the outstanding consumer credit balance enabled through Ant Group’s platforms amounted to 1.73 trillion yuan ($258 billion) and approximately 98% was either underwritten by its partner financial institutions or securitized, according to its prospectus.

The draft also stipulates that online microlenders should not outsource their credit review and risk control work, and they should build their own independent risk control systems for loan application, evaluation, approval, signing, money issuance and debt collection. A source close to one of the regulators told Caixin this means that Huabei and Jiebei may need to be separated from the Alipay digital payment platform system and won’t be allowed to be embedded in Alipay accounts.

Preventing and resolving financial risks has been a key priority for Chinese policymakers since December 2017 when the annual Central Economic Work Conference chaired by President Xi Jinping included it as one of three critical battles to be fought over the following three years. The Financial Stability and Development Committee (FSDC), a State Council-level body set up in July 2017, is tasked with ensuring financial stability, controlling risks and improving supervision and regulation of the financial sector, among other responsibilities.

At the latest meeting of the FSDC on Oct. 31 chaired by Vice Premier Liu He, officials called for proper supervision to effectively manage risks while also encouraging innovation. The remarks were viewed by many as a response to a recent speech delivered by Jack Ma criticizing current regulations for hampering innovation in the name of preventing risks.

Zhang Yuzhe and Han Wei contributed to this report