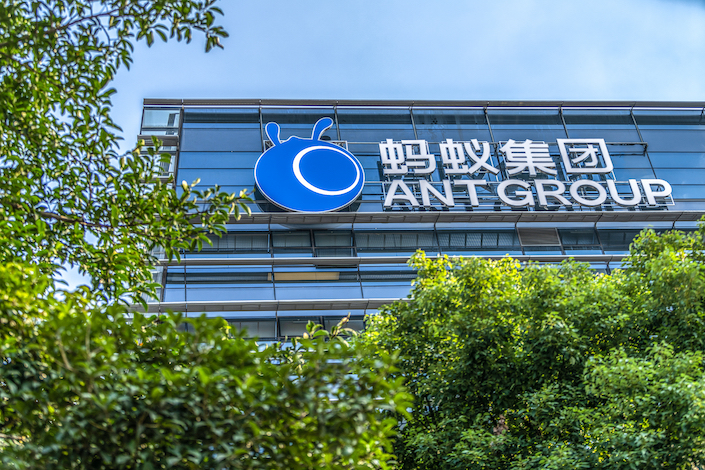 (Bloomberg) — China’s top banking watchdog doubled down on a push to rein in financial technology companies such as Ant Group Co. Ltd., promising to eliminate anticompetitive practices and strengthen risk controls in the industry.

Liang Tao, a vice chairman of the China Banking and Insurance Regulatory Commission (CBIRC), said at a conference in Beijing Wednesday that fintech companies don’t change the nature of the financial industry and regulators should be attentive to the risks and challenges of digitization. Such companies should be subject to the same supervision and risk management requirements as banks, he said.

“We need to strike a balance between financial development, stability and security,” Liang said. “We need to pay close attention to the risks from internet security, data protection and market monopoly.”

Using big data gleaned from their hold on online payments, enterprises such as Ant and Tencent have grabbed market share from commercial banks in the lucrative consumer lending space by providing easier access to credit for younger users, many of whom have little income or credit history.

The CBIRC called for better education for borrowers and bans on inducing customers to borrow beyond their needs and means. In areas where a market monopoly can be spotted, the regulator will step up probes to ensure fair competition and market order, Liang said.

Such curbs would come on top of new licensing and capital demands unveiled in September and a cap on the use of asset-backed securities to fund quick consumer loans. Stringent draft rules issued last week would require China’s more than 200 online microlenders to provide at least 30% of the funding for loans they underwrite with banks and other financial institutions.

Licensed financial institutions should assess the risks of their partners and are restricted from outsourcing information technology, risk management and internal auditing, Liang said.

Other speakers at the conference, including executives from Industrial & Commercial Bank of China Ltd. and Beijing Financial Holdings Group, joined in the clampdown chorus.

Fang Wenzhong, chairman of Beijing Financial and a former CBIRC director, said none of the financial innovations have eliminated or even reduced risks. He said the Basel Accords weren’t outdated but were developed from the lessons of the financial crisis a decade ago.

Those comments were in response to a speech late last month by Ant’s billionaire founder Jack Ma, who compared the Basel capital rules to a club for the elderly. Ant, which operates the Alipay payments app, also spans lending, asset management and insurance.

After that speech, Ma was called in to a joint meeting with regulators and told that Ant will be treated as a financial holding company and subject to capital and leverage regulations similar to banks, according to people familiar with the matter. The IPO was then called off.

“We believe the focus of this round of tightening will be establishing a new group-level regulatory framework for quasi-financial holding companies and improving and expanding the current regulations covering credit-related businesses,” Daiwa analysts led by Leon Qi wrote Tuesday in a note.