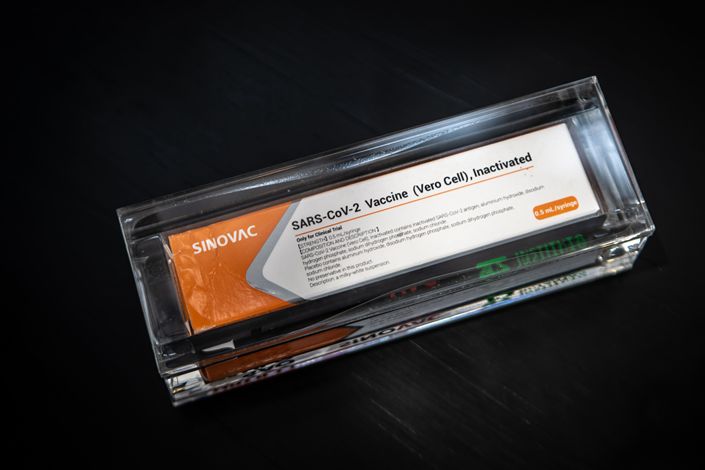 (Bloomberg) — Brazil reversed its decision to suspend trials of a coronavirus vaccine from Chinese developer Sinovac Biotech Ltd., allowing tests to resume less than 48 hours after being halted amid criticism the initial pause was politically motivated.

In a statement posted on its website Wednesday, health agency Anvisa said it initially got “precarious data” on a “grave” event, which led it to suspend the study late Monday. The agency added that it reversed its previous ruling after receiving new information, and that it will keep monitoring the case.

On Tuesday, Sao Paulo’s Instituto Butantan, which partnered with Sinovac to produce the vaccine locally, criticized the suspension, saying it was not warned of the move and that the reported death of a volunteer was not related to the shot.

Sinovac’s vaccine has become the focus of an escalating feud in Brazil. President Jair Bolsonaro stepped up criticism of CoronaVac last month, saying China lacks credibility to come up with solutions for the coronavirus crisis and that people wouldn’t feel safe with the shot “due to its origin.”

Chinese vaccine developers have been compelled to find countries where the coronavirus is still spreading to host their final-stage trials, since the Asian nation’s domestic outbreak has been largely contained. Geopolitical tensions have affected the development process due to growing hostility toward Beijing from some countries over a range of issues like trade and the pandemic’s origins.

After the trial was paused, Bolsonaro on his Facebook account responded to a supporter and appeared to celebrate the decision, writing, “another win for Bolsonaro.” He has not commented on the resumption of the trial.

The Butantan researchers have suggested the participant could have died in a traffic accident, while Anvisa said earlier it had no information about the potential cause of death being suicide as reported by local media.

“The decision to interrupt without having all the details seems premature,” said Juarez Cunha, head of the Brazilian Immunization Society. “Given Butantan’s credibility, I am sure if there was any suspicion of a related grave adverse event, the researchers themselves would have called attention to it and suggested the suspension.”

Sinovac said in a statement on its website earlier this week that it’s confident in the safety of its vaccine.

Halts to investigate serious adverse events are not uncommon in large-scale drug trials and two western developers — AstraZeneca PLC and Johnson & Johnson — paused their vaccine trials in recent months due to such incidents, only to restart them after investigation.

Chinese vaccine developers have been at the forefront of the global race to create an effective immunization against the virus. The push has taken on vital importance as countries look to move beyond Covid-19 and more definitively re-open their economies.

Unlike American pharmaceutical firm Pfizer Inc., which this week revealed “extraordinary” positive preliminary data from final-stage trials of its candidate developed with BioNTech, no Chinese developer has yet publicized data on the efficacy of their shots.