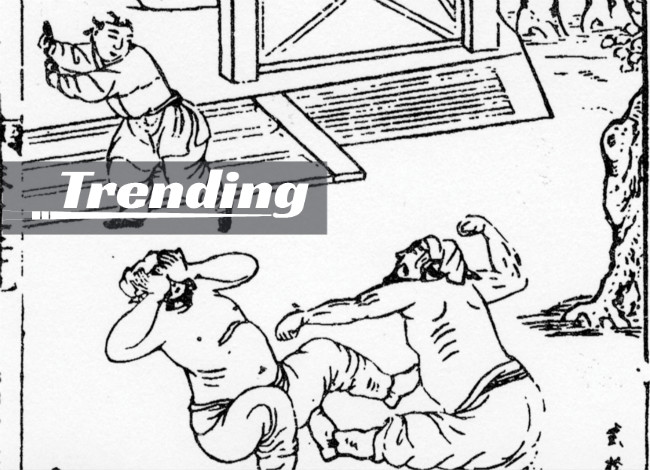 Netflix has announced it is planning to make a movie adaptation of the classic Chinese book Water Margin 水浒传 . The news has generated thousands of discussions on the Chinese social platform Weibo, with discussions centering around whether foreigners will be able to do justice to the Chinese classic.

According to Deadline, a website for Hollywood related movie news, Netflix has appointed Japanese director Shinsuke Sato to direct the action-adventure saga.

Netflix describe the story as an epic action-adventure filled with glory, romance, and intrigue. The story explores timely questions of loyalty, leadership, and people’s duty to take on society’s problems regardless of the personal cost.

Coincidentally, in western markets, popular TV versions of Water Margin and Journey to the West, another classic of Chinese literature, were both filmed by Japanese crews in 1970s.

Many of the debates online have centered on whether a non-Chinese production can really do the classic work of literature justice, some have referred to it as cultural appropriation while others worry it will fall prey to “Western” concerns about “political correctness”

“Leave Water Margin alone, I don’t want to see a group of politically correct foreigners come to perform. There will be serious issues with misinterpretation, and stereotypes when the story is viewed through the eyes of foreigners”, reads one popular comment.

Other people however think foreigners might be able to handle the adaptation better than Chinese film makers. One widely shared comment reads, “The original Water Margin is a story full of murderous conspiracies, exploring human nature and political games. The theme is not naive buddy loyalty at all. However, the Water Margin versions filmed in China are all too often simple martial arts dramas. I am looking forward to Netflix’s effort and hope the adaptation will be as high-quality as Game of Thrones.”

Related: Trending in China: Patriotic War Film Overpowers Foreign-Made Feature, But Not Everyone Is Impressed