Trending in China: Patriotic War Film Overpowers Foreign-Made Feature, But Not Everyone Is Impressed 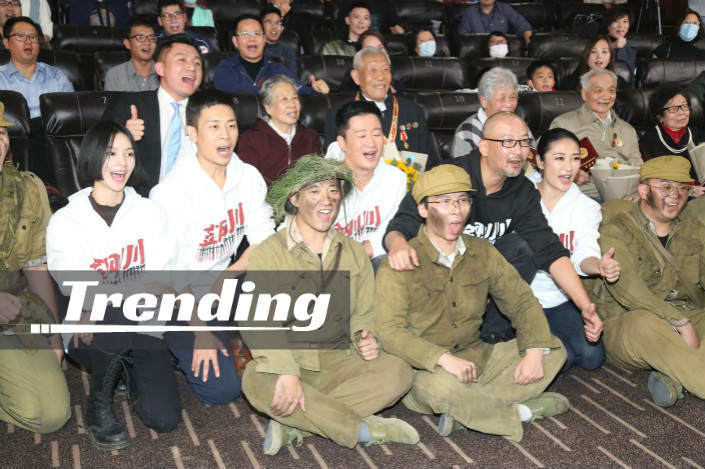 The big-name China-produced war film “The Sacrifice” was released in China on Friday and in three days took in over 350 million yuan, or $53 million, at the box office. By comparison, the foreign-made “Over The Moon,” a Netflix and Pearl Studios co-production tailored for the China market, earned just 4 million yuan despite a widespread cinema release Saturday.

But while the patriotic “The Sacrifice” was a money-spinner compared with its foreign-made competition, not all Chinese viewers were impressed.

“The Sacrifice” was produced by Guan Hu, Frant Gwo and Lu Yang, three of China’s most successful directors, and stars actors from the recent war-themed blockbuster, “The Eight Hundred.”

Released to commemorate China’s role in the Korean War, which recently observed its 70th anniversary, “The Sacrifice” tells of a daring mission by Chinese forces to repair a bridge while under American attack. The theme seems to chime with current U.S.-Chinese “Cold War” sentiment in both countries.

In China, Hollywood and foreign films are set to lose out given the current political turmoil, despite China being one of the biggest markets for U.S. films.

Meantime, “Over the Moon”, a full-length animation themed around China’s annual Mid-Autumn Festival, was only given a release this weekend by Chinese authorities, three weeks after the actual holiday that fell this year on Oct. 1. Some suggest the screening of other patriotic war films took precedence during the festival period.

One popular comment on review site Maoyan criticized “The Sacrifice” saying, “this would be satisfactory for a low budget war film, but why all the fuss?” Others went further posting, “This is a bad film by famous directors. It had great material to work with, but at 122 minutes, it felt like a simple story cobbled together by three directors to con the audience into parting with their money. I won’t be watching films by these directors again.”

Although considered a decent enough story, “there are so many epic tales from the Korean War, so why focus on this one?” was another popular comment.

SPOILER ALERT: Others questioned the plausibility of elements of the plot. “Four meters of water and the soldiers are able to form a human bridge? How is that even possible?”