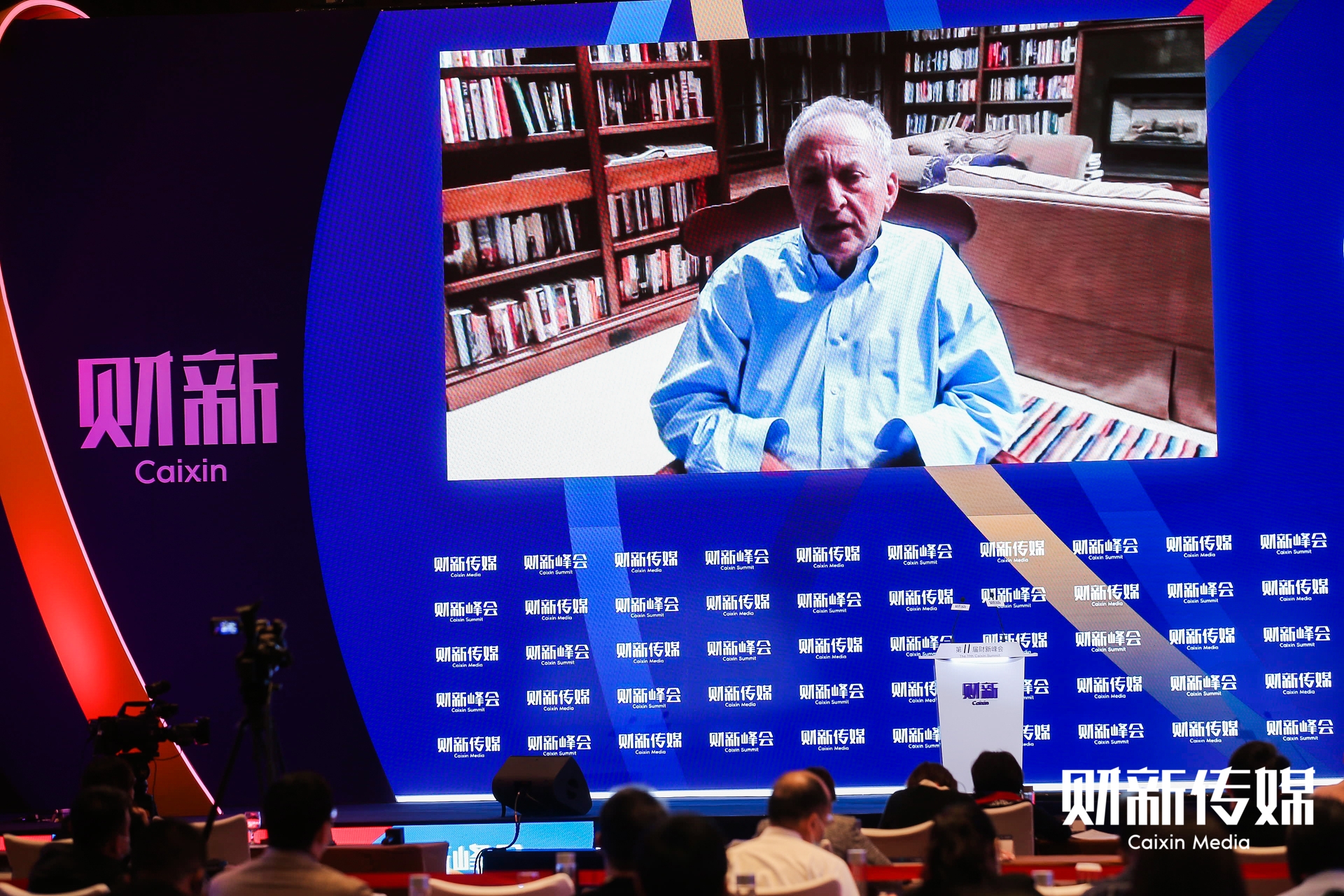 Lawrence Summers speaks to the Caixin Summit in Beijing on Nov. 14. Photo: Caixin

China and the U.S. should engage in closed-door diplomacy to forge agreements and understandings on each other's core interests to guide their bilateral relationship out of its current turbulent state, former U.S. Treasury Secretary Lawrence Summers has urged.

The U.S.-China relationship has evolved to the point where the pair are trying to find the way forward as they remain bound together, said Summers, who was treasury secretary under U.S. President Bill Clinton, speaking at the annual Caixin Summit on Saturday.

Beijing and Washington are “sharing a life boat in a turbulent sea a long way from the shore,” Summers said in remarks via videolink. Facing such turbulence, “a Cold War mentality would be catastrophic, and the only thing worse would be a hot war,” he warned.

To prevent a zero-sum game, the two sides need to “house consultations and efforts to promote mutual understanding that are not negotiated in full and clear and public ways,” Summers said.

His comments came just a day after the Chinese Foreign Ministry congratulated former U.S. Vice President Joe Biden on his win in the Nov. 3 presidential election during a Friday press conference.

Expectations have been growing that a Biden administration would recalibrate the U.S.’ China policy away from the openly confrontational approach adopted by outgoing President Donald Trump over the last four years. Following his defeat, Trump is set to officially leave office in January.

Summers continued that both sides “need in different ways to adjust our policies, to show the requisite respect offered the other side, and to be sensitive to what are the red lines of the other side.”

In doing so, Summers suggested Beijing and Washington should engage in closed-door diplomacy — instead of the kinds of public wars of words seen under the Trump administration — to understand each side’s core interests on key issues, such as the Covid-19 pandemic, terrorism, cybersecurity, technology and intellectual property.

“It [the closed-door diplomacy] surely existed during my time at the U.S. treasury of discrete dialogue to understand in both directions what the most fundamental interests are. I think that needs to be restored," Summers said.

Besides his roles in the administrations of Bill Clinton and later President Barack Obama, the high-profile American economist is also emeritus president of Harvard University and an advisor to the Caixin Public Confidence Committee.