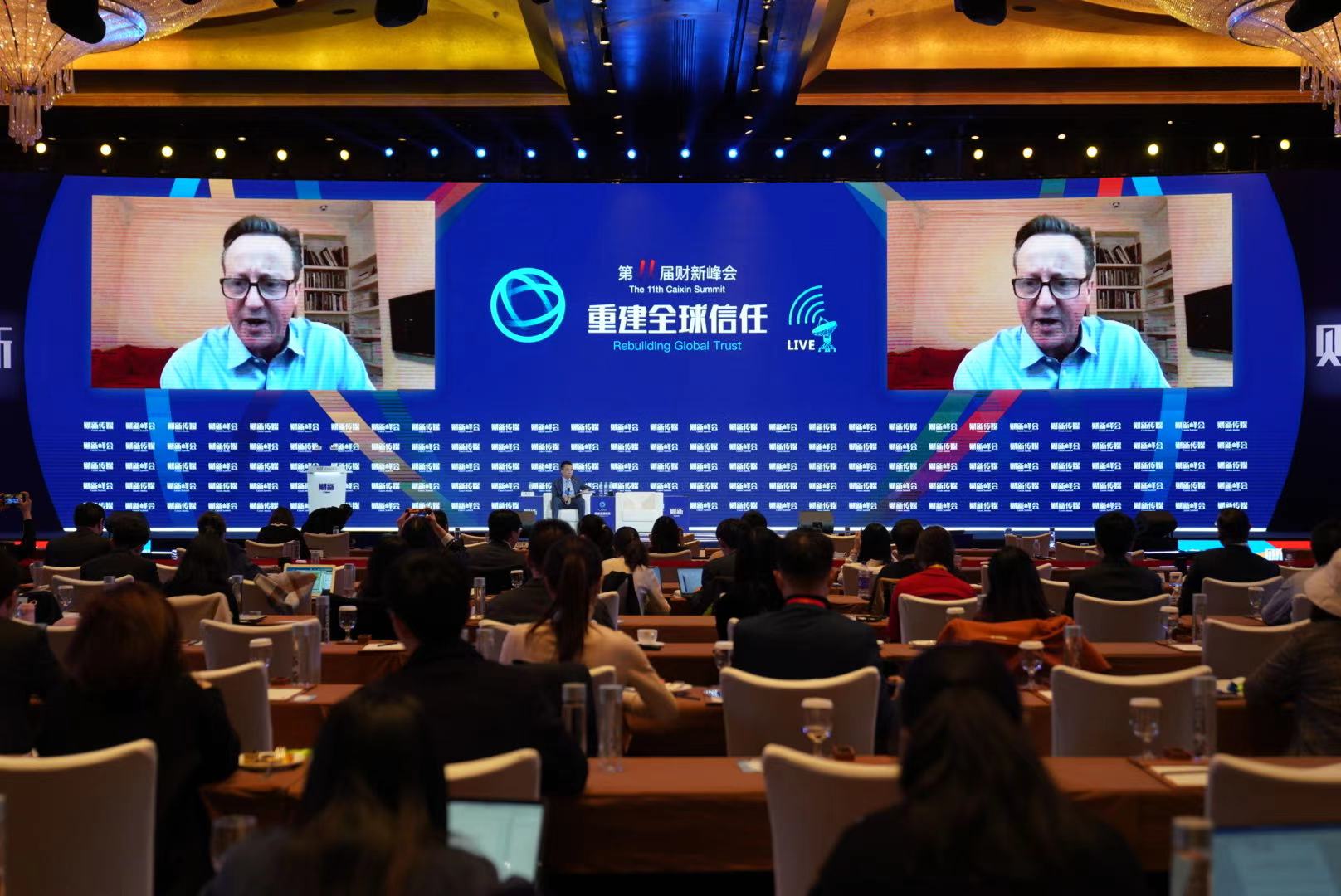 The U.K. will work closely with China on global climate talks in the run-up to next year's UN conference on climate change, which will take place in the Scottish city of Glasgow, former British Prime Minister David Cameron said during the annual Caixin Summit Saturday.

Speaking at the event through video link, the former British prime minister praised China's recent announcement that it has targeted net-zero carbon emissions by 2060.

"I think that the (U.K.-China) relationship will be very close and very urgent because this (UN climate conference) next year needs to be a success," Cameron said.

His comments came after former U.S. Vice President Joe Biden defeated Republican incumbent Donald Trump in the Nov. 3 presidential election. Biden has declared that he will rejoin the UN’s Paris climate agreement the first day he takes over at the White House in January. Trump withdrew from the 2015 climate accord in June 2017.

Cameron, who spent six years from 2010 to 2016 during his own tenure as prime minister working with then-Vice President Biden, said that the British-American relationship will be strong.

"The most obvious will be the issue of climate change, where Britain will be hosting the UN Climate Conference talks next year, culminating with a summit in Glasgow of Scotland in the United Kingdom," Cameron said.

"We hope there will be a new global agreement on climate change building on the Paris accords," he said. "So I think you'll see Britain and America working very closely together on the issue of climate change with China."

Cameron also said he was "very proud" of the "golden era" of U.K.-China relations during his tenure as prime minister. President Xi Jinping visited the United Kingdom in 2015.

"China's rise in the world is inevitable," Cameron said. "And I think the right thing for a country like Britain to do is to build a partnership with the country like China for our mutual benefit."