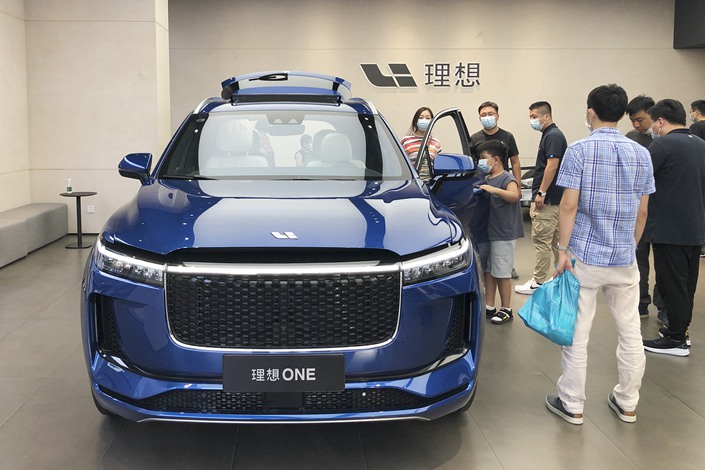 Chinese electric vehicle startup Li Auto posted strong sales growth in the third quarter and forecast more for the rest of the year, even as its losses widened on higher R&D spending.

During the three months through September, the U.S.-listed carmaker saw its net loss grow to 106.9 million yuan ($15.7 million) compared with a 75.2 million yuan loss in the second quarter, according to its latest earnings report.

The growing losses partly reflected a big increase in spending on research and development, which rose by 66.1% to 334.5 million yuan in the third quarter compared with the second.

While its losses grew, Li Auto also enjoyed solid sales growth for the quarter, as it delivered 8,660 of its Li ONE electric vehicles, up from 6,604 units in the previous quarter and 2,896 units in the first quarter. The 5-year-old firm started deliveries of the Li ONE, its first model, at the end of 2019.

The company’s third-quarter revenue totaled 2.51 billion yuan, representing a quarter-on-quarter increase of 28.9%, according to the financial report.

Li Auto predicted that it will deliver 11,000 to 12,000 vehicles in this year’s last quarter, with quarterly total revenue likely to reach between 3.11 billion yuan and 3.39 billion yuan.

Earlier this month, the Beijing-based company announced a recall of 10,469 Li ONE cars over potential front suspension problems.

Li Auto’s stock initially surged in Friday trade in New York after its latest report came out, but later gave back all the gains and ended the day down 1.83%. Year-to-date the stock has nearly doubled on bullishness about prospects for China’s new energy vehicle market.