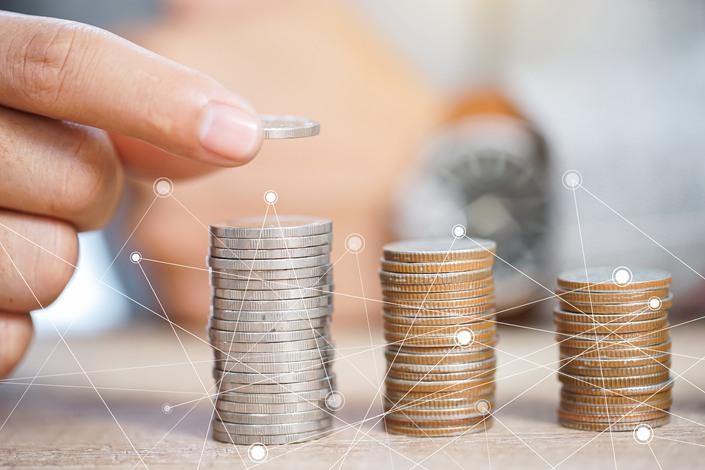 (Bloomberg) — A top Chinese chipmaker and a major car manufacturer announced debt defaults on Monday, expanding a list of distressed state-linked firms that have roiled the country’s credit market in recent days.

Uncertainty has been growing over Beijing’s willingness to support state-linked firms struggling to manage their debt loads in recent weeks. The unexpected default of a Chinese coal miner has prompted particular concern over the health of these firms and their lenders, triggering a selloff in bonds issued by weaker borrowers from the sector and prompting some of them to cancel debt sales.

Amid the deepening stress, officials from China’s State Council have asked government departments to conduct a risk assessment, according to people familiar with the matter. The aim is to ensure stability in financial markets and to prevent any spillover effects from the credit sphere that could cause systemic risks, said the people, who aren’t authorized to speak publicly and declined to be named.

If there is a risk of contagion, the regulator will have a response plan, although the people said that the initiative doesn’t mean that there will be bailouts. Regulatory authorities have made inquiries with senior executives of companies including Tsinghua Unigroup about their recent situations, one of the people said.

The number of defaults by China’s state-run firms is expected to rise marginally next year as the central bank has shifted toward a more neutral policy stance amid an economic recovery, according to a Fitch report.

Backed by the prestigious Tsinghua University, Unigroup said it will keep raising funds to repay its bond’s principal and interest, according to a company statement seen by Bloomberg News. A Unigroup official in charge of matters related to the bond couldn’t immediately comment on the issue.

The chipmaker’s notes have tumbled since late October, when its decision not to buy back a privately issued 6.5%, 1 billion yuan perpetual bond triggered concerns about its repayment abilities. Worries about Unigroup’s finances and fate have persisted since two years ago, when Beijing ordered education providers to distance themselves from commercial operations.

Also on Monday, Brilliance Auto revealed its own debt failure on 6.5 billion yuan via a statement posted on Chinabond.com, adding that it had 144 million yuan of interest overdue. It attributed its defaults to tight liquidity and a failure to obtain approval for credit-line rollovers. The defaults have affected production and operations and worsened its financial situation “significantly,” the automaker said.

According to the statement, Brilliance Auto’s soured debts included bank loans, bonds, financial leasing contracts and trust loans. The revelations of the automaker’s debt blowup came after a creditor filed an application to initiate a local court-led restructuring against the Liaoning-based parent of BMW’s joint venture partner in China.

Brilliance Auto’s bonds have slumped after it failed to repay its 5.3%, three-year 1 billion yuan bond due Oct. 23, intensifying longstanding concern about its finances since its Hong Kong-listed unit agreed two years ago to give up control over its joint venture with BMW by 2022. The China-based joint venture has been a crucial source of earnings for the group.