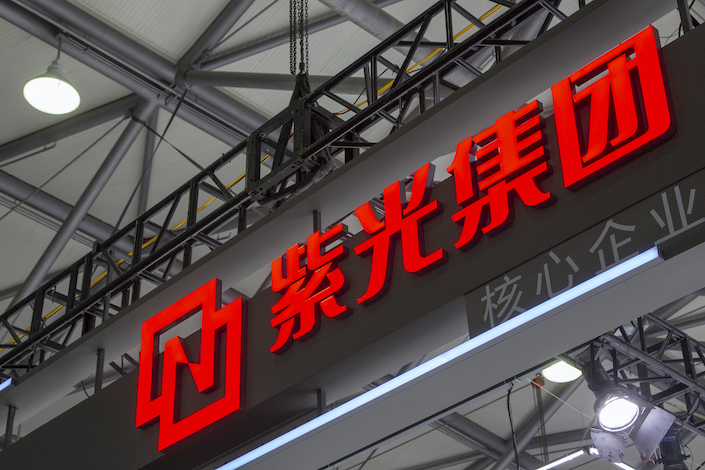 Most creditors voted to accept a bond rollover, but lawyers ruled the vote invalid.

Chinese electronic chipmaker Tsinghua Unigroup failed to win creditor approval for a rollover of 1.3 billion yuan ($197 million) of bonds that came due Sunday, making it another state-owned company facing default.

Several investors told Caixin that they didn’t receive payment on the bonds. Unigroup didn’t immediately respond to a Caixin request for comment. The default extends a series of credit shocks involving state-owned enterprises.

In a meeting with bondholders Friday hosted by underwriter Bank of Shanghai, Unigroup proposed to repay 100 million yuan of principal and extend the balance by six months.

Though more than 86% of bondholders agreed to the rollover terms, lawyers from Dacheng Law Offices who witnessed the meeting said the convening procedures were not in accordance with relevant rules, making the resolution invalid, Caixin learned from exclusive sources with knowledge of the meeting.

More than 86% of bondholders agreed to a proposal to hold the creditor meeting ahead of schedule. But lawyers found that the proposal didn’t comply with requirements of the National Association of Financial Market Institutional Investors (NAFMII), China’s interbank bond market regulator, which requires such a proposal shall be valid only if it is accepted by unanimous vote of all holders present at the meeting.

Two of Unigroup’s big creditors, China International Capital Corp. (CICC) and Huatai Securities, voted against the rollover, Caixin learned from the exclusive sources. They said the rollover wouldn’t solve the debt repayment problem because they haven’t seen information on how Unigroup would repay the borrowings, people familiar with the matter said.

Tsinghua Unigroup, founded by China’s prestigious Tsinghua University in Beijing, is a key player in China’s national push for self-reliance in semiconductors. The company obtains solid support from the state in developing its chip business.

China Chengxin International Credit Rating downgraded Unigroup to AA from AAA, citing its uncertain ability to repay debt as the company faces significant pressure raising funds and as there was no material progress in its strategic restructuring.

Unigroup’s liabilities totaled 52.78 billion yuan, more than 60% of which is short-term, at the end of September, compared with a cash level of 4 billion yuan, according to Chengxin. The company faces maturing debt of 1.3 billion yuan and $450 million by the end of the year, with an additional 5.1 billion yuan and $1.05 billion of bonds to either mature or be bought back during the first half of next year.

CIB Research said in a report that Unigroup’s debt challenge is not a short-term liquidity problem but a sustainable operations problem caused by high leverage and limited operating income. The company would need a large capital injection from strategic investors or a debt reorganization to substantially improve its capital structure, the report found.

In response to the liquidity crisis, Unigroup Sunday night pledged half of its stake in subsidiary Unigroup Guoxin Microelectronics Co. Ltd. to Bank of Beijing in exchange for a guarantee of a 10 billion yuan credit line from the bank.