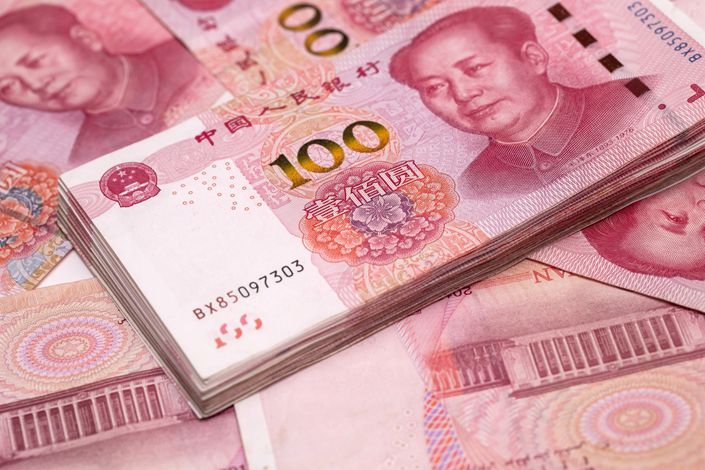 The surprise bond default Tuesday set off a chain reaction affecting other coal mining companies and local government financing vehicles in other provinces. Coal mining enterprises in Shanxi and Hebei provinces either canceled bond issuance plans or slashed fundraising targets. Traded coal bonds plunged across China. The coal industry has been hammered amid the Covid-19 pandemic as demand weakened.

Yongcheng’s parent company, Henan Energy and Chemical Industry Group Co. Ltd., the province’s largest state-owned company by assets, said the funds to make the interest payment came from the unit. The company still needs to work out a plan for retiring the bond’s principal, a senior executive at the parent company told some bondholders.

“If only the interest is paid, it’s meaningless,” the head of fix-income business at a brokerage said. To resolve the default, an overall plan is still needed, otherwise it will cause cross defaults, the broker said.

Some of Henan Energy and Chemical’s debt financing instruments have cross-protection clauses for investors that were triggered by Yongcheng’s default, the parent company said Thursday in a statement. Yongcheng and its parent have a total of 26.5 billion yuan of bonds that have such cross-protection clauses with a grace period of 10 business days. If Yongcheng’s default constitutes a default of the parent’s corresponding debt, it may lead to further pressure on short-term debt payments.

The debt committee of Yongcheng originally scheduled a meeting Friday morning to discuss the possible risks the default would cause to the parent company. Several dozen creditors of Yongcheng and its parent company who gathered outside the company were denied entry to the meeting, which was eventually canceled.

About 25 banks, including the big four state-owned banks as well as China Development Bank, China Citic Bank, Industrial Bank and Shanghai Pudong Development Bank, originally planned to participate in the meeting, according to a list of participants Caixin obtained.

Although the meeting was canceled, officials from the Henan provincial government and the provincial State-owned Assets Supervision and Administration Commission went to Beijing to report on the development to the central government.