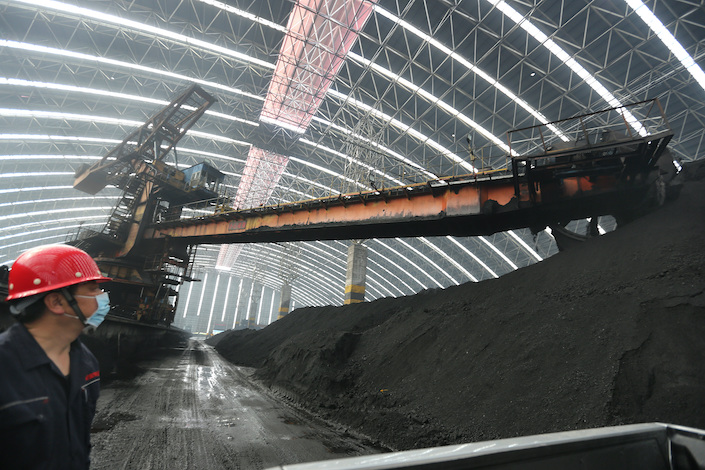 Yongcheng Coal and Electricity Holding Group Co. Ltd., which just last month got the highest possible rating from a domestic credit rating company, failed to repay an ultra-short-term bond that matured Tuesday, according to a statement posted by the Shanghai Clearing House.

China’s coal industry suffered a big hit from the Covid-19 pandemic as demand weakened. Data from the National Bureau of Statistics indicated that the sector’s profits fell 30.1% year-on-year in the first nine months. Yongcheng Coal is also involved in fuel processing, an industry where profits plunged 66.2% during the same period.

The National Association of Financial Market Institutional Investors (NAFMII), China's interbank bond market regulator, said Thursday it is launching a “self-disciplinary” investigation into Yongcheng and related intermediary institutions. NAFMII said the probe would look into whether Yongcheng and intermediary companies fully disclosed risks and could result in penalties or referrals to "relevant departments" if fraud and violations are found.

Just a few months ago, parent company Henan Energy and Chemical Industry Group Co. Ltd., the province’s largest state-owned company by assets, defaulted on its own debt. The Henan government bailed it out, giving creditors some peace of mind. But this time, some institutional bondholders that failed to get their money back say they fear the provincial government won’t extend a helping hand.

The Henan government’s senior officials are debating whether the government should bail out Yongcheng, Caixin learned from several sources.

The first company to take a hit was the parent company. Some of Henan Energy and Chemical’s existing debt financing instruments have cross-protection clauses for investors that were triggered by Yongcheng’s default, the parent company said Thursday in a statement.

Yongcheng and its parent have a total of 26.5 billion yuan of bonds that have such cross-protection clauses with a grace period of 10 business days. If Yongcheng’s default constitutes a default of the parent’s corresponding debt, it may lead to further pressure on short-term debt payments.

The default affected borrowing planned by other coal mining companies and local government financing vehicles (LGFVs). Shangqiu, a city next to Yongcheng, canceled a planned issuance of 500 million yuan of LGFV bonds Thursday. A bond market participant told Caixin that the underwriters for the Shangqiu bond said a day earlier that the issuance would go as planned.