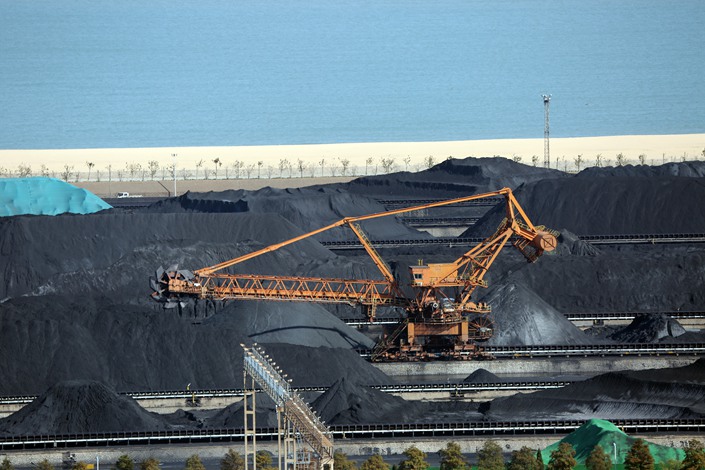 Political tensions have been blamed for Chinese customers’ rejecting or deferring Australian coal shipments since early October, amid a year in which China also limited imports of Australian barley, beef and timber.

The fact Canadian miners like Teck Resources continued to sell coal to China at a time when Chinese customers were deferring shipments from Australian companies like BHP bolstered perceptions politics was at play.

But some in the coal industry believe the curbs are because annual volumetric limits imposed by Chinese authorities on coal imports have been reached, and New Hope chief executive Reinhold Schmidt said it was notable Chinese customers had asked to shift coal shipments to January.

China’s annual coal import “quota” typically resets on Jan. 1. In recent years Australian coal has built up at Chinese ports through December before being allowed to enter after the turn of the New Year.

‘‘We only had two cargoes that were scheduled for November and we had to move to January on the back of those restrictions. My personal view has always been that they are temporary,’’ said Schmidt on Tuesday.

‘‘We should refrain from trying to apply a normal lens to a short-term issue that is two or three months away.’’

Chinese customers were the source of 11.7% of New Hope’s revenue in the year to July 31.

Schmidt said the Bureau of Meteorology’s forecast for a La Nina weather pattern in eastern Australia this summer — which typically results in wetter than average weather and increased chance of cyclones — could see supply disruptions hit Australia’s major coalfields in NSW and Queensland too.

“There will be disruptions as a result of the rain, no doubt,’’ he said.

Coal production at New Hope’s flagship Bengalla mine in New South Wales was always expected to be lower in recent months because of significant maintenance on a major piece of mining equipment called a dragline.

The 23% reduction in production at Bengalla was offset slightly by stockpiles, which ensured sales from NSW were only 17% lower than in the same period of 2019.

This article was originally published by the Australian Financial Times