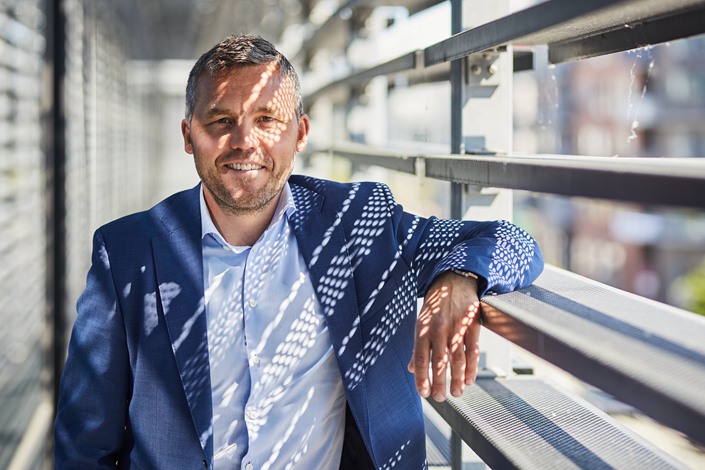 European figures rallied around Huawei Technologies Co Ltd. this week after a Swedish court opened the door to overturning a ban on the firm participating in the nation’s 5G rollout.

On Wednesday the chief executive of local telecoms giant Ericsson, Borje Ekholm, said the ban threatened to delay the rollout of the new technology and stifle competition.

“For Ericsson and Sweden, we’re built on free trade. We’re built on the opportunity to trade freely,” Ekholm told the Financial Times. “From my perspective it is important that we have open markets and free competition.”

Meanwhile Viviane Reding, former vice president of the European Commission, told Swedish press that the blacklisting contravened the legal principles of the European Union and was “highly discriminatory.”

The besieged Chinese tech firm won a reprieve in Sweden last week after a court ruled that it had the right to appeal the ban. That decision temporarily stopped the Sweden Post and Telecom Authority (PTS) from enforcing the ban while the case is resolved.

The ruling on Nov. 9 set off a chain of events that forced the PTS to abandon an imminent national 5G spectrum auction.

PTS’s ban was announced on Oct. 20 in the form of a statement saying four local companies had been approved to participate in the nation’s 5G auction — but that none could use products from Huawei or its smaller and similarly controversial peer ZTE Corp. PTS cited assessments made by the Swedish army and security services, and further said existing infrastructure dependent on the two companies had to be ripped out by Jan. 1, 2025.

The company’s travails in Sweden have been closely watched elsewhere, and the Swedish case follows similar bans in the U.S., Australia, France and the U.K.  PTS is now appealing the decision.

Caixin: What’s next for Huawei in Sweden? What does the court ruling mean in terms of whether or not the company will be able to be involved in the 5G rollout there?

Kenneth Fredriksen, Huawei executive vice president, Central East Europe and Nordic Region: The court has given us support in our view, in terms of us asking for the restrictions to be removed. But there’s no final conclusion yet — I think it’s important to understand that.

So now we are basically waiting for the telecom authority’s response to the court’s current pause on the auction.

Obviously, from Huawei’s perspective, we would like to keep an open dialogue with the Swedish authorities to make sure that they can get answers to potential questions, which could help them to finally remove the restrictions they initially put into the auction related to Huawei being a vendor.

Why do you think the regulator put that restriction on Huawei in the first place? And what impact has it had on the 5G auction?

First of all, it’s important to understand that there was already almost a one year delay in the auction as a result of security legislation that came into place in Sweden at the beginning of this year.

The whole industry has spent time with the Swedish authorities to understand how to meet their requirements. And during that process, both Huawei and our customers — the mobile operators — were given an indication that there’s going to be no restrictions on the sitting vendors.

Obviously, the industry prepared accordingly. And there was a big surprise when the Swedish authorities then announced on Oct. 20 that four mobile operators were qualified for the auction, but they will not be allowed to use Huawei equipment. That was a big surprise not only for Huawei but for everyone else. And that is how it also affected the auction.

It’s also affecting the operators because they have made plans — which are now not in line with the regulations — according to the communication that has been given during the last 12 months. They were told they would be free to work with whichever vendor they wanted. Then that was not the case when the auction was announced on the 20th.

Is that because Huawei makes lower-priced equipment that could give its partners an advantage when they make their bids?

KF: I think that is a very simplified way of looking at it. When operators are evaluating which vendor to use, they have a very complex evaluation model, which consists of a number of parameters. I think the most important parameters are to have the latest and the best technology with the highest quality. Of course, price has a role to play in this, I would guess.

But it’s about time to market, I would say, rather than the price of the equipment. Because from the operator’s perspective, the most efficient way of establishing a competitive advantage is being able to offer the latest and the most innovative solutions to their customers. Not necessarily the cheapest ones, because the customers are consumers and enterprises. And I think this is especially the case for 5G where you are able to really differentiate yourself if you have the right technology, and you could even charge a premium.

Of the four companies that have been approved for the auction, which ones have been using equipment from Huawei?

Well, what I can say is a number of them are existing customers, in 4G, 3G and 2G technologies. In fact, many of them also are customers of ours on other technologies supporting the mobile networks such as connectivity, AI, computing, cloud and applications.

We also have contracts established with a number of players who have now been given permission to enter into the 5G auction. I can’t give you the names, but I can tell you that we are working closely with most of the participants in the 5G auction.

You need to remember also that 5G is not a standalone technology. It’s being built on top of the existing infrastructure. And many of the customers now, not only in Sweden, but in the world in general, Huawei is one of the biggest suppliers of existing technologies such as 4G and 3G.

Can you confirm Tele2, Sweden’s second largest telecoms operator, and Telenor are using equipment from Huawei?

I think they are two of the customers we have for existing mobile infrastructure. That’s correct. Yes.

China’s foreign ministry has come out swinging against Sweden’s ban, do you expect any retaliation from Chinese side against Swedish companies like Ericsson?

In general, I prefer that our business be decoupled from politics. And in this case as well, I think it’s better that politics is left outside business.

I think technology should be handled from a technology perspective. And I encourage all countries to promote fair and open competition — I think that’s what the world needs. They need a global platform which is enabling global competition across countries. So obviously, I don’t hope for any political interference from anyone, basically.

Do you think the state backing Huawei like that helps or hurts Huawei’s attempts to position itself as a private company that’s independent of the Chinese government?

To be honest, I don’t really see the backing from the Chinese government too much on Huawei. I think that’s a good thing. It’s important to keep politics and technology decoupled and allow companies to compete on a technology basis rather than a political basis. I think that’s the good for everyone. At least from Huawei’s perspective, that’s how we have been getting where we are today without political support to my knowledge.

I couldn’t give you an exact figure, but I can tell you that we are a major player in mobile infrastructure. We also have a reasonable market share when it comes to mobile devices, both from a CPE (customer-end devices used to receive network signals) and a smartphone perspective. So we are a major player and we intend to remain so into the future.

How much of an impact would a continued ban have?

Honestly speaking, of course it’s not something we would like to be happening. But I think that the impact is going to be much bigger on the Swedish economy as a digital nation overall.

There are a lot of consequences and negative impact, including loss of competitiveness and innovation power. That will have a lot of direct and indirect consequences, both on existing and new industries.

There’s no doubt that 5G, and having access to 5G at an early stage, will create efficiencies inside existing industries — and also with new business models and new industries. The countries with such a platform in place at the early stage will be in a position to grow faster than economies or a nation that don’t have access to it. And as the leader in 5G, we can help Sweden to have a strong early position in 5G, especially in Europe, which I believe is very important.

It will have a lot of other negative impacts as well, such as the direct cost of having to replace and remove the fully functional, highly advanced technologies. So I think there is the biggest impact will unfortunately be on Sweden’s own economy.

Huawei has been in Sweden for 20 years, we have contributed significantly to where they are today. Sweden is one of the world’s leading digital economies. And I would argue that Huawei has contributed highly to this position because we have helped them, we have contributed in building the existing infrastructure and providing secure, high quality and highly innovative solutions during those 20 years. And that’s what we want to continue with.

I think Huawei will continue to treat Europe as one of its most important regions, or I know that we will. I don’t see a reason to change that strategy.

This transcript has been edited for clarity and length.