Opinion: Marginal Benefit of RCEP Is Greater Than CPTPP 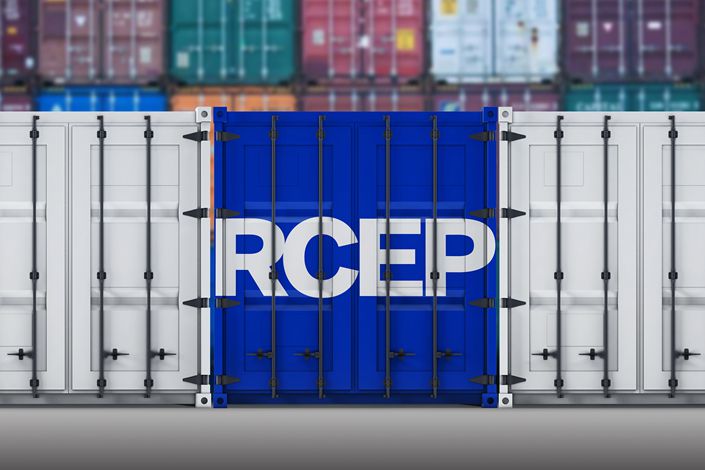 The RCEP is a practical agreement that has enough flexibility for its members to commit to different levels of makert liberalization.

Tu Xinquan is dean and professor of the China Institute for WTO Studies, University of International Business and Economics, in Beijing

The features of the Regional Comprehensive Economic Partnership (RCEP) affect countries from highly developed stages to least developed and can fit flexibly with them all. These qualities can be certainly found in many other agreements and cannot be regarded as unique, although the diversity in the RCEP is more notable.

In general, it is not difficult for China to implement the partnership deal, but one of the most influential factors could be the industry transfer issue. Some domestic industries have already started to move to Southeast Asian countries, transfers that will be better served by the RCEP. Thus, by joining this agreement, China could pay a price to some extent; but the integration of the regional supply chain eventually will benefit China.

The final signing of the RCEP occurred after eight years of negotiation. Japan, in particular, had been occupied by trade talks for the Comprehensive and Progressive Agreement for Trans-Pacific Partnership (CPTPP), another mega regional trade deal, and India dropped out at the RCEP at the last moment. Member nations started to feel pressure to conclude the RCEP after the U.S. started a trade war with China.

Another factor dragging down the finalization of an agreement was India’s indecisive attitude. India has signed several free trade agreements with low-level ambitions. Being involved in the RCEP was the country’s first opportunity to gain meaningful market liberalization. However, India’s trade deficit is significant, and it feared the RCEP would further impact its domestic industries.

Although 15 countries have signed on to the RCEP trade deal, the time for its implementation is uncertain. At least nine member countries have to ratify the agreement, of which there should be a minimum of six ASEAN members and three from the remaining countries, including China, Japan, South Korea, Australia and New Zealand.

Given that the RCEP is on the right track with no remaining conflicts to resolve, I believe it could come into effect in one or two years.

In terms of industrial development, Japan and South Korea have long been major rivals of China in Asia, especially in some manufacturing industries such as the chemical and power sectors. But under the RCEP, Japan and South Korea’s markets will be more open to China. And the level of market liberalization in ASEAN countries will also be bolstered. The integration of the supply chain among member states will offer more choices for investors to choose investment destinations.

Some observers may think that the CPTPP is more ambitious than the RCEP. But the level of ambition of free trade agreements is always associated with the level of development of member states. The CPTPP only has two relatively less developed countries, Vietnam and Malaysia; the rest are all developed. So, it is understandable the CPTPP would be more ambitious. But as to marginal benefit, the RCEP is greater than the CPTPP: there is more latitude for members to improve.

Except for commitments on labor and state-owned enterprises, the RCEP has pretty much covered the so called "21st century trade rules," including digital trade, investment and intellectual property protection. After signing on to the RCEP, China could consider joining the CPTPP which will support its further reform through opening-up.