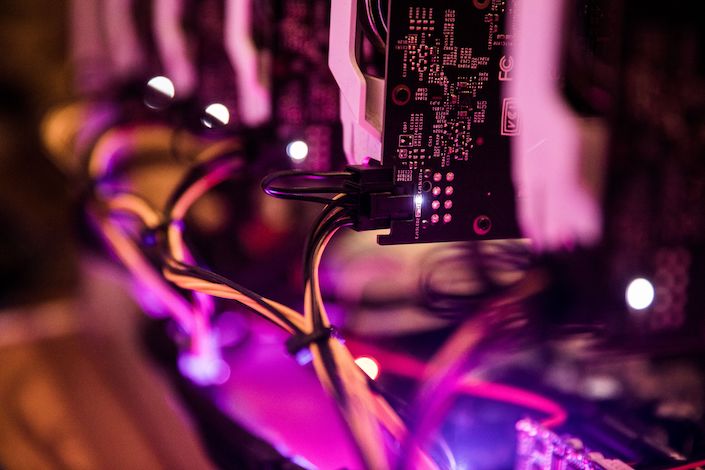 (Bloomberg) — The founder of one of the world’s largest Bitcoin exchanges broke a month-long silence to proclaim his innocence Friday, making his first comments since a Chinese police probe forced OKEx to briefly suspend withdrawals of all cryptocurrency assets.

Xu Mingxing posted on a private social media feed that he was cooperating with an investigation into an equity merger his blockchain company OK Group completed years ago. The founder, who also goes by Star, said the investee was the target of a “complicated” legal case, without elaborating. Shares in listed affiliate OKG Technology Holdings Ltd. soared as much as 23% Friday in Hong Kong.

The entrepreneur sent his message hours after OKEx said it would permit withdrawals of digital assets on or before Nov. 27. The Malta-based company halted withdrawals Oct. 16 after an unidentified staffer with access to users’ accounts went incommunicado while cooperating with a police investigation, the exchange said at the time. OKG, in which Xu owns a controlling stake, said days later he was under probe by Chinese police.

“The authorities have clarified the matter and proved me innocent,” Xu wrote Friday on his WeChat feed, which is visible only to select users. “In coming days, I’ll call on everyone who supported OK Group to express my gratitude.”

It’s unclear what deal Xu was referring to. OKG, which secured a backdoor listing in Hong Kong last year, said the group wasn’t subject to any government probe. A representative with the OK Group confirmed Xu’s WeChat post but declined to comment on the investigation or the merger. An OKEx spokeswoman declined to comment on Xu, saying OKEx is a separate entity from the OK Group.

“The issue that triggered OKEx to deploy the extraordinary security measure has since been resolved,” OKEx said Thursday in a statement. “All user funds can be withdrawn without restriction after withdrawals are reopened.”

Xu launched OKEx’s predecessor, OKCoin, in 2013 but later moved away from the exchange business, instead focusing on blockchain venture OK Group. Originally from China, the startup moved its base to Malta after Beijing started to crack down on crypto trading. In the days after OKEx suspended withdrawals, it also halted over-the-counter fiat-to-crypto trading on its platform — a vehicle that has been under Chinese regulatory scrutiny.

OKEx recorded $4 billion of crypto spot trading on its platform over the past 24 hours, ranking fifth among the world’s largest digital asset exchanges, according to CoinMarketCap. Though volume data in crypto is often seen as suspect, OKEx is generally regarded as one of the most active crypto exchanges.