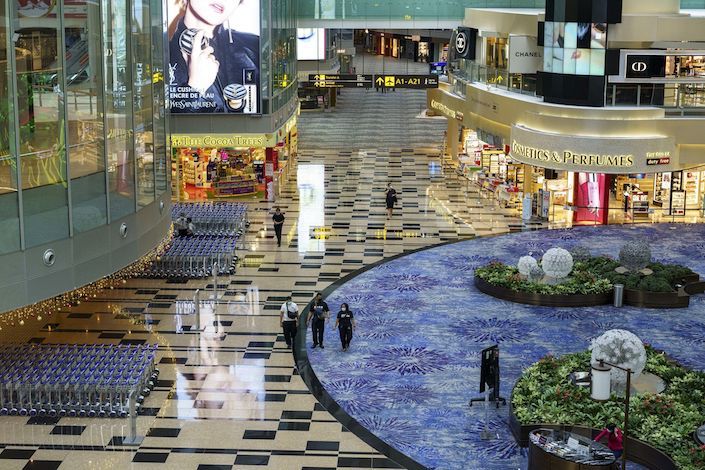 The figure included 13 locally transmitted infections whose source was untraceable, suggesting there may be super-spreaders in the city, according to Hong Kong health authorities.

Hong Kong reported 26 new infections Friday, 21 of which were locally transmitted, with nine from an untraceable source. The government has also detected over 40 preliminary cases awaiting confirmation, a sign that Friday’s jump is not an anomaly. The surge comes as other parts of Asia, including Japan and South Korea, see alarming flareups as colder weather sets in.

“Hong Kong’s epidemic has shown rapid deterioration and experts have said the fourth wave is inevitable,” Secretary for Food and Health Sophia Chan said in a briefing Friday. “We have done a series of measures to strengthen control, but we still see the situation turning bad.”

The city’s government suspended classes for primary school levels 1 to 3 from Nov. 23 for two weeks, after shutting kindergartens and nurseries a week ago due to outbreaks of upper respiratory tract infection, and the risks of coronavirus resurgence. No students or school staff have tested positive for Covid-19 yet, said officials.

On Saturday, the government also announced new social-distancing measures that would ban live performances in catered premises such as clubs, pubs and nightclubs, and shut all party rooms. The rules take effect at midnight on Nov. 22.

The bubble will be delayed for two weeks, Hong Kong's minister of commerce and economic development, Edward Yau, said at a news conference Saturday.

Singapore Transport Minister Ong Ye Kung said on his Facebook page that he spoke to Yau on Saturday and they decided to defer the plan.

“I can fully understand the disappointment and frustration of travelers who have planned their trips,” he said, noting that airlines would be contacting travelers. “This is a sober reminder that the Covid-19 virus is still with us, and even as we fight to regain our normal lives, the journey will be full of ups and downs.”

The government is hoping the flareup can be contained before reaching the level of a July outbreak that was Hong Kong’s worst ever. Then, restrictions like a ban on public gatherings of more than two people and the closing of restaurants between 6 p.m. and 5 a.m. dealt a significant blow to the financial center’s economy.