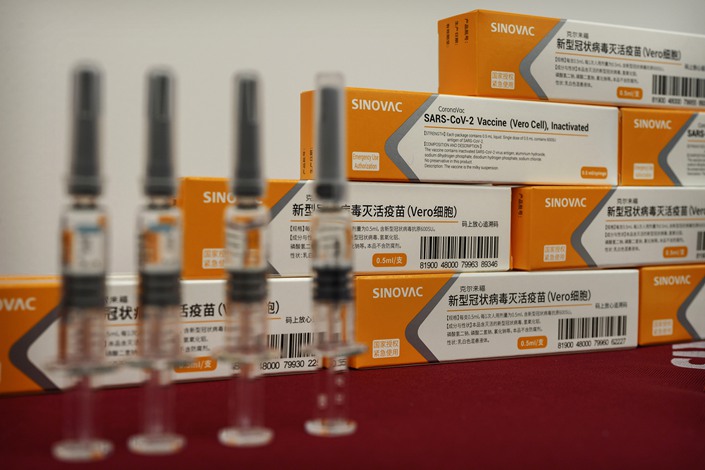 Indonesian authorities may give the green light for the emergency use of a Covid-19 vaccine candidate, developed by Chinese biopharmaceutical company Sinovac Biotech Ltd., by the end of January.

Dr. Penny Lukito, the head of the Food and Drug Monitoring Agency, or BPOM, in Indonesia said Thursday that authorization of the emergency use of the vaccine could be granted if data on the quality, safety and efficacy of the vaccine is complete.

Lukito added that her team had obtained data from the first two phases of the candidate vaccine’s trials and observed the production process during an inspection of Sinovac Biotech facilities in China, key to which was ensuring the process met halal standards. Data from the final stage of testing, taking place in Indonesia should be available in late November although, “It is estimated that the data can only be submitted to BPOM in the second week of January 2021,” Lukito explained.

The report should include results from the Indonesian state-owned pharmaceutical company, Bio Farma PT, currently working with Sinovac Biotech on phase three trials that involve more than 1,600 subjects in Bandung, West Java — as well as results from of the phase three clinical trials conducted in China and Brazil.

“Hopefully, we will obtain emergency [use] approval in the third or fourth week in January,” said Honesti Basyir, PT Bio Farma president director on Nov. 19.

Sinovac is among the front-runners in a race to develop a Covid-19 vaccine along with Pfizer Inc., BioNTech SE, and Moderna Inc.. Forty-eight candidate vaccines are in clinical evaluation stages, and 11 of them have entered phase three trials, including the vaccine developed by the China-based company, according to a World Heath Organization’s (WHO) publication dated Nov. 12.

Previously, Indonesian authorities announced that a vaccination program would begin in November, but later told Reuters it will be by the end of this year. The plan would be for the Indonesian government to vaccinate select groups of people, namely frontline workers, security personnel, public servants and civil servants as soon as the vaccine was approved for emergency use.

Mass vaccination, even of key groups, increasingly appears out of reach this year, as Lukito ruled out emergency-use authorization in December, citing the lack of the results of the third phase testing and incomplete data collection.

An efficacy rate of at least 50% would be necessary to go ahead with the vaccine’s emergency use, Lukito said.

The Jakarta Post cited the Indonesian Institute of Sciences (LIPI) biotechnology researcher Wien Kusharyoto as saying BPOM had made the right decision to delay the emergency authorization so that concrete trial data could be obtained. “In Indonesia, the number of volunteers is small, while the transmission rate of Covid-19 is also lower than that of other countries, such as the U.S., making it more difficult to detect the vaccine’s efficacy,” he said.

As of Saturday, Indonesia had reported 493,308 Covid-19 cases and 15,774 deaths. Despite widely imposed social restrictions, new daily cases continue to rise in the world’s fourth most populous country, outpacing all other Southeast Asian nations.