By Anniek Bao and An Limin 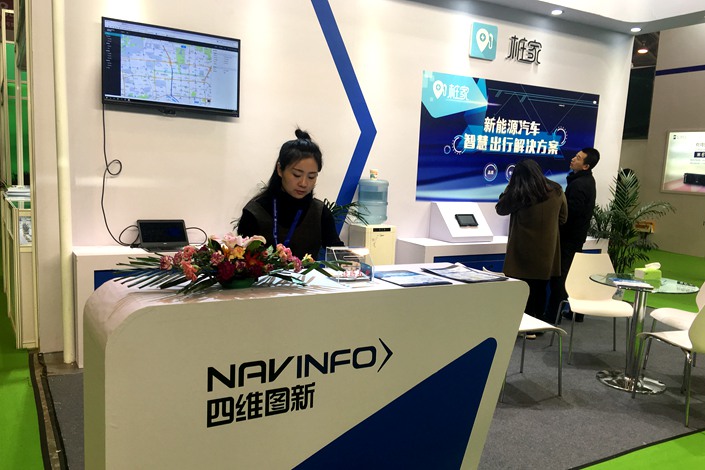 The court ordered Baidu to pay a fine of 64.5 million yuan within 10 days.

The Beijing Intellectual Property Court found on Thursday that the search giant had continued to use maps made by navigation software developer NavInfo Co. Ltd. even though a licensing deal between the two companies expired in 2016.

Shenzhen-listed NavInfo accused three Baidu affiliates of illegally using its patented digital navigation graphics and data in the Baidu Maps platform. That included on Baidu’s webpages and apps on the IOS and Android systems, as well as its car-imbedded Carlife service.

The court ordered Baidu to pay a fine of 64.5 million yuan ($9.82 million) within 10 days of the ruling. It also ordered the company to issue a public apology via state-backed media The Beijing News within 30 days. A Baidu spokeperson told Caixin the company planned to appeal the decision, and that it was countersuing NavInfo for allegedly violating Baidu Maps’ copyright. “We respect and protect copyright,” they said.

Baidu’s defense was brought unstuck by over 200 pieces of “flawed information” that NavInfo inserted in its original maps as a kind of digital watermark, which included things like oddly-shaped water features and roads leading to nowhere. This practice, sometimes known as a “copyright trap,” has a long history in cartography as a means of intellectual property protection.

Baidu denied the allegations on grounds that its subsidiary Beijing Changdi Wanfang Technology Co. Ltd. provides it with navigation and digital services. The company said it has been independently collecting navigation data since 2016, and has covered over 10 million kilometers of road so far. But it failed to prove the information on Baidu Maps was provided by Changdi Wanfang within the timeframe set by court.

The digital navigation and mapping technology in question in this case is crucial for the development of the highly detailed maps needed by self-driving cars, which Baidu has pivoted to as its core online businesses flag. The firm has received state support for its Apollo project, launched in 2017, and has begun autonomous taxi trials in Beijing and the provinces of Hunan and Hebei.

The Beijing Intellectual Property Court, established in 2014, is one of three courts in China set up specifically to take on trademark, copyright and intellectual property cases. The others are in Shanghai and Guangzhou.

The legal loss comes less than a week after another potential blow to Baidu. Last week, a report from short-seller Muddy Waters alleged that livestream-platform operator Joyy Inc. was faking huge chunks of its revenue. Just two days prior, Baidu announced it had agreed to pay $3.6 billion in cash for YY Live, Joyy’s livestreaming business, in a bid to boost its stagnant revenue.