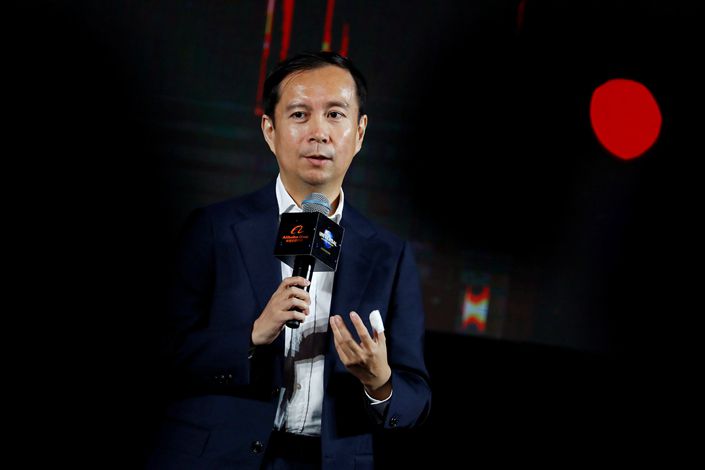 After the Chinese government’s smackdown of fintech giant Ant Group Co. Ltd. and its founder Jack Ma for challenging the country’s financial watchdogs, the billionaire’s e-commerce vehicle is taking a more conciliatory approach to market regulators.

Speaking at a government-sponsored internet summit on Monday Daniel Zhang, Alibaba Group Holding Ltd.’s chairman and CEO, said (link in Chinese) the company will “actively learn from and respond to to national policies and regulations.”

“In the process of great development, new problems and challenges will arise, and policies and regulations that keep pace with the times are needed to manage them,” Zhang said. Recently published draft regulations governing the behavior of internet platforms are “timely and necessary,” he said.

Zhang’s comments were made at the high-profile World Internet Conference, also known as the Wuzhen Summit, an annual event organized by the Cyberspace Administration of China and other government agencies. His praise of market watchdogs contrasts sharply with the antagonistic speech made by Jack Ma at an equally high-profile financial summit in October in front of top regulatory officials.

Although Ma has no official position at either Ant Group or Alibaba, he is the “ultimate controller” of the fintech platform, according to the company’s IPO prospectus, and still had a 4.8% stake in the e-commerce giant as of July 2. As arguably the most influential figure in the development of China’s internet sector, his comments make headlines.

Ma’s harsh criticism of China’s financial regulatory system was widely interpreted as contributing to the decision by watchdogs to call the billionaire and other top Ant Group executives in for a dressing down by on Nov. 2, days before the fintech giant’s shares were due to start trading in Shanghai and Hong Kong in what would have been the world’s largest ever IPO. The $34.5 billion offering was pulled in the wake of the meeting which coincided with the publication of draft regulations to rein in the growing power of online finance platforms.

Although Zhang didn’t specify which regulations he was referring to, it’s likely his target was the State Administration of Market Regulation (SAMR), the government agency responsible for oversight of market competition, monopolies, intellectual property, and drug safety. SAMR released draft rules on Nov. 10, a day before the country’s Singles Day online shopping extravaganza, aimed at preventing monopolistic behavior by internet platforms such as Alibaba, e-commerce platform JD.com Inc., and Tencent Holdings Ltd., which operates the WeChat social media platform.

Their publication followed a Nov. 6 meeting of the market regulator, internet regulator and the State Taxation Administration where officials made it clear that internet platforms should not abuse their dominant positions to force merchants to choose between platforms.

In addition to stamping out monopolistic practices by internet platforms, the proposed rules seek to lower compliance costs for law enforcement and business operators, enhance and improve antitrust regulation of the platform economy, protect market fairness, ensure the interests of consumers and society, and encourage the healthy and continuous development of the platform economy.

In his speech, Zhang was fulsome in his praise of the role of market watchdogs. He said the development of the internet sector and government regulation is “a relationship where the two promote and rely on each other,” so platform enterprises can not only better develop themselves but serve the sustainable and healthy development of the entire society, he said.

China’s digital economy has developed to take a leading position in the world and has given rise to a number of excellent internet companies and platforms, Zhang said. “This is due to the great era of China’s reform and opening up, government policies to encourage development and innovation, and China’s position as the world’s largest market.”

Calls have been growing over the past few years for tighter oversight of the internet economy to prevent dominant players such as Alibaba, Tencent, JD.com and Meituan from abusing their positions. Several scholars have told Caixin that the attitude toward regulation has been too loose.

Although China introduced anti-monopoly legislation 12 years ago, there have to date been no major punishments meted out under the law, even as the digital economy has increasingly concentrated around two companies — Alibaba and Tencent — across everything from digital payments and finance to e-commerce and gaming.

In January, the authorities released a draft revision (link in Chinese) of the Anti-Monopoly Law, the first overhaul since it was promulgated in 2008, aiming to give the law more teeth and rein in the dominance of the country’s internet goliaths. The draft broadens the criteria used to assess a company’s control of a market and, for the first time, brings internet companies under the scope of the law.

On Thursday, China announced that it will set up a new joint task force backed by 17 central government ministries and departments to combat unfair competition as regulators tighten scrutiny of market dominance built up by tech giants. The new committee will coordinate supervision of unfair competition and lead policy-setting efforts to protect market order.