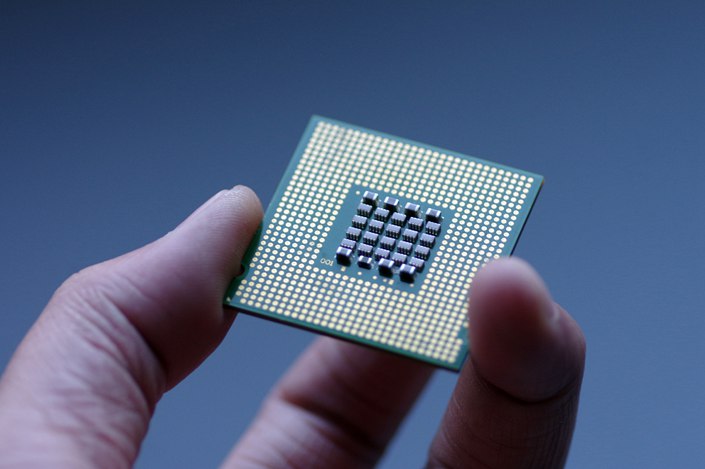 (Nikkei Asia) — Veteran engineers and high-level executives are leaving top U.S. chip design toolmakers for Chinese rivals as Beijing looks to break America’s near monopoly on this key segment of the semiconductor industry.

Three Chinese startups established since September last year were founded by or have hired executives and engineers from Synopsys and Cadence Design Systems of the U.S., the world’s two biggest makers of electronic design automation (EDA) tools, as such software is known.

These startups include Nanjing-based X-Epic, Shanghai Hejian Industrial Software, and Hefei-based Advanced Manufacturing EDA Co., or Amedac, in which Synopsys owns a stake.

The push to recruit U.S. chip tool talent comes as Washington’s crackdown on Huawei Technologies exposes key weaknesses in China’s chipmaking ecosystem, including in EDA tools, which are used to design integrated circuits, printed circuit boards and other electronic systems.

America has long dominated the segment, with Synopsys, Cadence, Mentor Graphics and Ansys controlling some 90% of the global market for EDA tools. Mentor was taken over by Siemens in 2017 but maintains extensive research and development operations in the U.S. These four companies own much of the intellectual property needed for chip development, and count the world’s top chip developers as clients, including Apple, Samsung, Qualcomm, Nvidia, Micron and Huawei.

China’s own EDA tools industry, by contrast, has been largely neglected until recently. Its two main homegrown players, state-owned Empyrean Software founded in 2009, and Beijing-based Cellixsoft, in 2002, are still unable to match the offerings of Synopsys and Cadence. Jinan-based Primarius Technologies, founded by former a senior Cadence executive in 2010, is likewise still struggling to catch up to its American rivals.

This move sharply curtailed the capability of Huawei’s chip design arm Hisilicon Technologies, as close cooperation with EDA tool providers is essential given the increasing complexity of chipmaking processes, and spurred China to act.

“We are seeing more and more people who previously worked with big U.S. chip design tool companies joining startups because they think it’s a once-in-a-lifetime opportunity,” said a source from a China-based chip developer and Synopsys client. “Previously very few people would want to start up a chip design tool company, because it’s a very niche market already dominated by huge players, but now they see growing customer demands for local software in China for the very first time.”

That new demand has led to the launch of at least three startups.

X-Epic, based in Nanjing, was founded in March by Wang Libin, a former vice general manager at Synopsys China, according to company data. TC Lin, former vice president of Cadence with more than 30 years’ experience in EDA tools, joined the company as its chief scientist on Aug. 3.

X-Epic announced early this month that Tiyen Yen, another Cadence veteran, will join the company as vice president of R&D.

Shanghai Hejian Industrial Software, founded in May, hired a high-ranking, China-based R&D executive from Synopsys in late October, according to two sources familiar with the matter. The executive worked for the U.S. company for nearly two decades, they said.

Shanghai Hejian Industrial Software is backed by the Shanghai State-owned Assets Supervision and Administration Commission and renowned Chinese venture capital firm Summitview Capital, according to online disclosures by the company.

The third startup, Amedac, was founded in September 2019 by Chieh Ni, a former vice president of Synopsys China who worked with the U.S. company for 10 years. Synopsys, moreover, holds a more than 20% stake in the startup and Ge Qun, global senior vice president at Synopsys and chairman of its China operations, serves as one of the board directors at Amedac. Other key investors of Amedac include Summitview Capital, and the state-owned Institute of Microelectronics of the Chinese Academy of Sciences.

Willy Shih, a professor of management practice at the Harvard Business School, said Synopsys and Cadence dominate the market because they can “lock in” their client base. Switching to an alternative provider is difficult, he said, because design tools are closely linked to existing chip process flows.

“Now China’s motivation, of course, is access for Chinese firms to these critical tools. So of course they will want homegrown tools not subject to the whims of a U.S. administration. ... Given enough time and money, they could probably develop alternatives, but it won’t be easy,” Shih told Nikkei Asia.

“With the U.S. and China locked in a prolonged tech war, the whole Chinese tech industry is aware of the significant insufficiencies in some areas [of chipmaking] and they definitely want to build their own versions of chip design software to replace current ones,” said a source at a company that works with with both Synopsys and Cadence. “Synopsys knows it will lose some market share in China in the long run due to the Washington-Beijing tensions, so it wants to also hold stakes in some of these potential Chinese rivals to secure the market.”

Synopsys set up a $100 million strategic investment fund for the Chinese market in 2017 to “expand engagement” with the booming Chinese chip design community — the world’s largest and fastest-growing market has more than 1,600 chip designers. The same year, Cadence decided to build a China semiconductor hub in Nanjing to better serve local clients and foster engineering talent. The company pledged to invest 100 million yuan ($15.2 million) in the project over the years.

Synopsys said at the time that the strategic fund, operated and managed by its China unit, was designed to collaborate with local companies and venture capital in investing in the areas of chip designs, artificial intelligence, cloud-computing, software security and EDA tools.

“The China strategic investment fund is an important milestone of our China strategy and it represents Synopsys’ confidence and commitment to the Chinese market,” Synopsys President and co-CEO Chi-foon Chan said in a press release in 2017.

It is not uncommon for foreign companies to forge deeper ties with local partners via investments or joint-ventures in order to expand their presence in the Chinese market. Such ventures do not always bear fruit, however.

Intel’s venture capital arm, Intel Capital, invested in three Chinese chip-related unicorns in May, having previously paid $1.5 billion for a 20% stake in a subsidiary of Tsinghua Unigroup, a Beijing-based chip conglomerate. The partnership between the world’s biggest PC microprocessor maker and Tsinghua Unigroup’s mobile chip unit UNISOC to develop 5G modems ended abruptly after just one year of collaboration.

U.S. chip developers Qualcomm and AMD also formed joint-ventures with local companies to expand in the Chinese market, but these too faced setbacks.

“If companies like Synopsys and Cadence invest in Chinese partners, it is a way to stay in the market and keep those players close to them,” Harvard Business School’s Shih said. “‘Stay close to your friends, stay closer to your enemies’ is one quote that comes to mind.”

Synopsys declined to say whether it has expanded the scale of the fund over the years or if investing in Chinese peers is part of the scope that fund, nor did it comment on the talent exodus in China. Cadence did not respond to Nikkei Asia’s request for comments.