By Anniek Bao and Liu Peilin 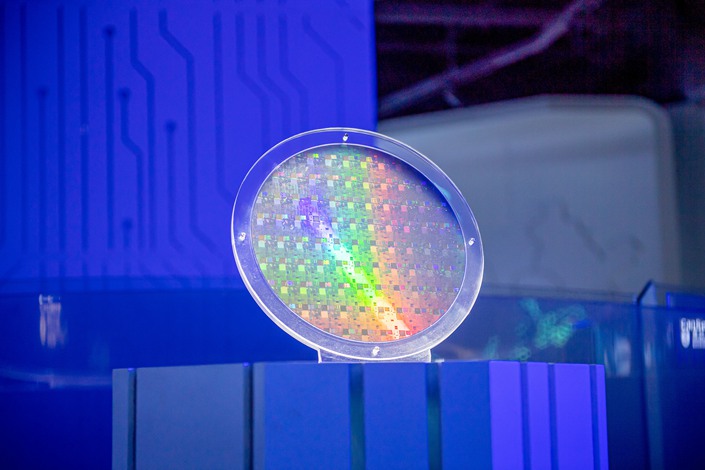 China’s drive to become more self-sufficient in the tiny processors that power everything from smartphones to self-driving cars has been at the center of its tech rivalry with the U.S.

China’s top-level push to nurture semiconductor champions as it reels from an unfolding tech war with the U.S. has not gone to plan.

The giant cash splash has been diluted among thousands of small companies without the talent or know-how to compete with global giants, according to Wang Lin, a partner at venture investment firm Walden International Inc.

China’s drive to become more self-sufficient in the tiny processors that power everything from smartphones to self-driving cars has been at the center of its tech rivalry with the U.S.

But breaking into this technology-intensive industry typically requires billions of dollars in investment, strong technical expertise and plenty of highly skilled staff.

As the government is incentivizing chip designers and manufacturers with generous state subsidies and favorable policies, more than 13,000 Chinese companies have registered as semiconductor-related businesses in the first nine months this year, according to data from corporate registration site Qichacha, up nearly 50% from the year before.

But few Chinese semiconductor firms can compete with global leaders, Wang said in a Thursday speech at the Beijing International Seminar on Micro-Electronics and IC World Conference.

The technological gap with their international rivals has been further expanded this year as the U.S. government has stepped up export controls, restricting Chinese chipmakers’ access to essential chip components, software and intellectual property.

Moreover, there is still a chronic lack of qualified staff. Among China’s 1,730 chip design firms in 2019, 88.5% had less than 100 staff, and only 1% had over 1,000 employees, Wang said, adding that “these figures represent very limited number of staff.” Due to the shortage, labor costs are high, putting an additional burden on startups’ finances.

China is the world’s largest importer of chips, the China Semiconductor Industry Association’s Vice Chairman Wei Shaojun told the conference, and it imported more than $300 billion worth of foreign-made chips last year. Domestic chips only met about 15% of China’s demand last year, according to market research firm IC Insights.

The country has continued to dump enormous amounts of cash into the sector as part of the broader “Made in China 2025” plan, which aims for the country to domestically supply more than two-thirds of its needs by 2025. The state-owned National Integrated Circuit Industry Investment Fund, also known as “the big fund,” spent 139 billion yuan ($20.8 billion) on chip projects in 2014 and raised another 204 billion yuan last year.

But several government-led semiconductor manufacturers are reportedly circling the drain, and have had to halt production due to cash shortfalls. The highest-profile project, Wuhan Hongxin Semiconductor Manufacturing Co. Ltd., spent more than 15 billion yuan before construction of its factory was halted, well before a single chip could be made.

China has vowed to step up its supervision of new entrants into the “chaotic” semiconductor space, as many companies have “blindly taken on projects” despite having no experience, technology or workers skilled in integrated circuit development.