Beijing to Inexperienced Companies: Stay Out of Chipmaking 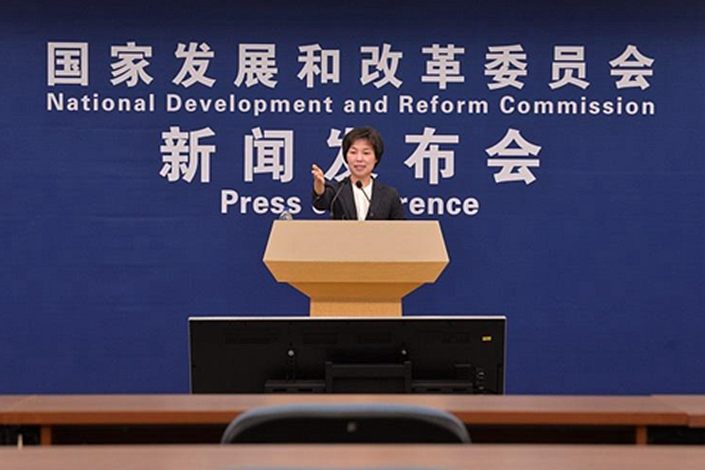 They’ve got no experience, no technology and no talent. But that hasn’t stopped a disparate range of firms from charging into the race to be China’s next chipmaking champion, earning a rebuke from the nation’s top economic planner.

China is seeking to stop unqualified companies from entering the semiconductor industry, as the collapse of a number of high-profile chipmakers illustrate how difficult it will be for the nation to build strong domestic manufacturers in the face of U.S.-China trade tensions putting its supply at risk.

Many companies have “blindly taken on projects” despite having no experience, technology or workers skilled in integrated circuit development, Meng Wei, a spokesperson for the National Development and Reform Commission (NDRC) said during a press briefing on Monday.

There have been repeated examples of low-quality work on projects that require great technological sophistication, she added, noting that “stalled projects and vacant manufacturing plants have wasted huge amounts of resources.”

The NDRC, China’s economic planning agency, said it will hold the heads of such projects accountable and encourage companies and the financial institutions that invest in them to take greater responsibility.

Meng added that the NDRC will strengthen supervision and guidance on essential integrated circuit projects, and work with other ministries to improve industrial planning as well as the industry’s geographic layout, concentrating major companies in designated regions. It also plans to cooperate with financial institutions to reduce risks for investors, Meng said.

China’s drive to become more self-sufficient in the semiconductors that power everything from smartphones to self-driving cars has been at the center of its tech rivalry with the U.S. But breaking into the capital-intensive chip manufacturing industry typically requires many millions or billions of dollars in investment, in addition to strong technical expertise. The initiative has seen numerous setbacks, and a growing number of state-backed startups in the sector have failed to come up with the necessary capital while a U.S.-led campaign further restricts their access to Western technologies.

China has been splashing out enormous amount of funding to draw new entrants into semiconductor industry as part of the broader “Made in China 2025” plan, which aims to produce more than two-thirds of domestic high-tech needs by 2025, including semiconductors. The state-owned National Integrated Circuit Industry Investment Fund, also known as “the big fund,” spent 139 billion yuan ($20.8 billion) on chip projects in 2014 and raised another 204 billion yuan last year. But four years after the Made in China 2025 plan was issued, China was only able to supply 15.7% of its semiconductor demand in 2019, according to market research firm IC Insights.

As of the end of 2019, China had some 50 large-scale chip manufacturers across the country, which took in some 1.7 trillion yuan in funding, or an average investment of 30 billion yuan each, according to Caixin calculations.

Despite generous financial support for the capital and tech- intensive sector from the central government, local governments with slimmer pockets have tended to underestimate the challenges in raising additional private funding, and the investment rounds and production cycles of chipmakers often last longer than local officials’ terms in office, making projects vulnerable to abandonment by their successors.

Several government-led semiconductor companies have had to halt construction due to cash shortfalls as a result of those and other issues. One such example is Wuhan Hongxin Semiconductor Manufacturing Co. Ltd., which was hyped as a potential champion. But after burning through more than 15 billion yuan ($2.19 billion), the company was never able to produce a single chip and construction of its fabrication plant has ground to a halt as it faces a shortfall of some 112 billion yuan on top of legal problems related to the land-use rights for its factory.