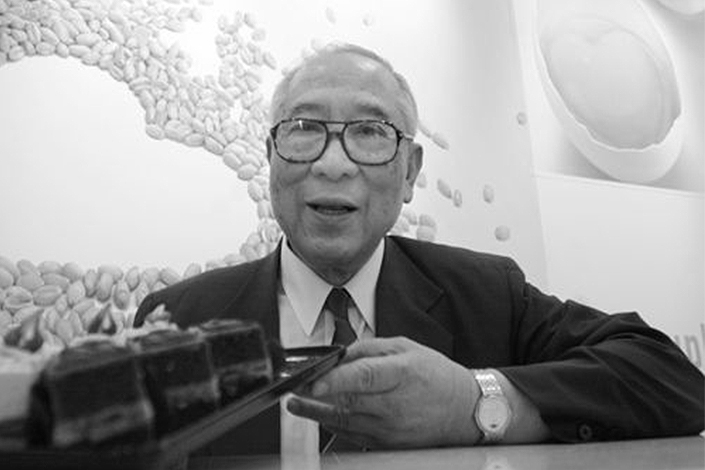 James Wu, whose Hong Kong-based Maxim’s food and beverage empire was a household name in both its native city and on the Chinese mainland, giving it the clout to forge partnerships with the likes of Starbucks and Shake Shack, has died, the company announced. He was 98.

The man, who co-founded Maxim’s Caterers Ltd. with his older brother S.T. Wu in 1956, died on Oct. 29 at the Hong Kong Sanatorium & Hospital, according to a Nov. 19 announcement on the company’s website. His family later announced that a funeral had been held on Nov. 12.

Born in the U.S. to parents with ancestry from the Taishan area of Guangdong province, the two Wu brothers opened their first Maxim’s as a high-end French restaurant at the Lane Crawford House in Hong Kong’s Central district. They wanted to create a high-end establishment that wouldn’t discriminate against local Chinese people, after being repeatedly seated near the bathroom when going to eat at Western-owned restaurants in Hong Kong at that time, according to previous reports.

The restaurant they founded would go on to become a mainstay of the Hong Kong food and beverage scene, known both for its traditional full-service restaurants as well as its bakeries, fast food outlets and catering services. It opened its first Maxim-branded café in 1966, and operated a restaurant in the Hong Kong pavilion at the Expo ’70, a version of the World Fair held in 1970 in Osaka, Japan.

Besides becoming an everyday fixture of life for many Hong Kongers, the brand also became known to outsiders for its Western-style pastries. Its bakery chain currently has more than 170 outlets, with more than 100 outside the city in locations including the cities of Guangzhou, Foshan and Shenzhen in neighboring Guangdong province on the Chinese mainland. Its traditional moon cakes, sold during the Mid-Autumn Festival that usually falls in September, have become synonymous with the traditional Chinese pastry.

The company has also become known within the food and beverage industry as a knowledgeable and trusted partner. In 2000 it helped Starbucks enter Hong Kong, and became owner of the Starbucks franchise in Hong Kong and Macau in 2011, with more than 200 stores. It was also briefly Starbucks’ joint venture partner in South China, and in 2013 it became an authorized operator of Starbucks locations in a number of Southeast Asian markets, including Vietnam, Cambodia, Singapore and Thailand.

It has worked in similar capacities with a number of Japanese restaurant brands, as well as U.S. hamburger chain Shake Shack.

Wu had two sons and four daughters. The oldest daughter, Annie, was given the moniker “001 Sister” after she helped her father register Sino-foreign joint venture “001” in 1978 at the very beginning of China’s reform era, with an airline catering company. She also became a source of controversy last year after speaking out against protesters in the city who vandalized some Maxim’s stores during violent demonstrations against an unpopular extradition law.

Maxim’s current Chairman Michael Wu, grandson of S.T. Wu, called James Wu a visionary with passion for the food and beverage industry with many credits to his name. In its own statement, Maxim’s said Wu worked tirelessly and wasn’t afraid to do things himself during his 64 years of leadership. Jardine Matheson also praised him as a visionary leader.