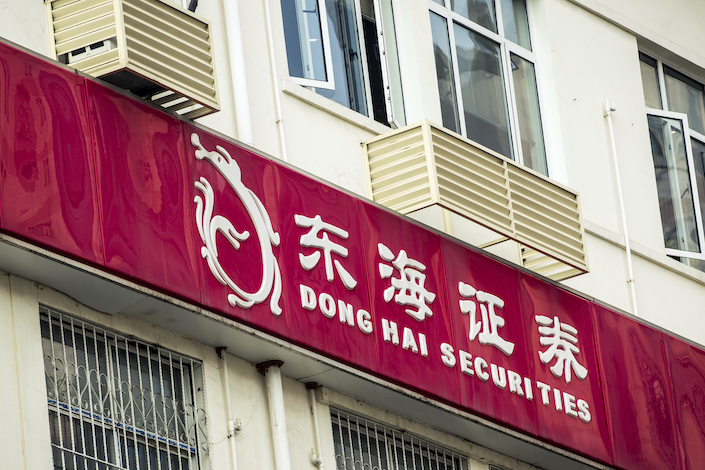 Another Chinese financial institution came under investigation in relation to the bond default of state-owned Yongcheng Coal and Electricity Holding Group Co. Ltd.

Founded in 2013, Donghai Fund is 45% owned by Donghai Securities Co. As of the end of September, the fund manager had 1.8 billion yuan of assets under management, ranking 125th among 141 Chinese fund firms.

Haitong, a major underwriter of bonds issued by state-owned enterprises (SOEs), is already under probe by NAFMII on suspicion of aiding Yongcheng in the illegal issuance of bonds and market manipulation.

Yongcheng’s abrupt default on 1 billion yuan ($151 million) of bonds earlier this month shed light on the company’s structured bond issuance, a shady fundraising practice in which a company buys a portion of its own offerings to inflate borrowing sizes and create a better image to attract investors. Financial regulators are clamping down on the behavior as industry insiders regard it as a threat to the stability of the bond market because it helps financially weak, poorly rated companies increase their risk of default.

Donghai’s cooperation with Haitong in structured issuances was first exposed in the state takeover of Baoshang Bank Co. last year. The regional bank used to be a big player in structured bond issuances.