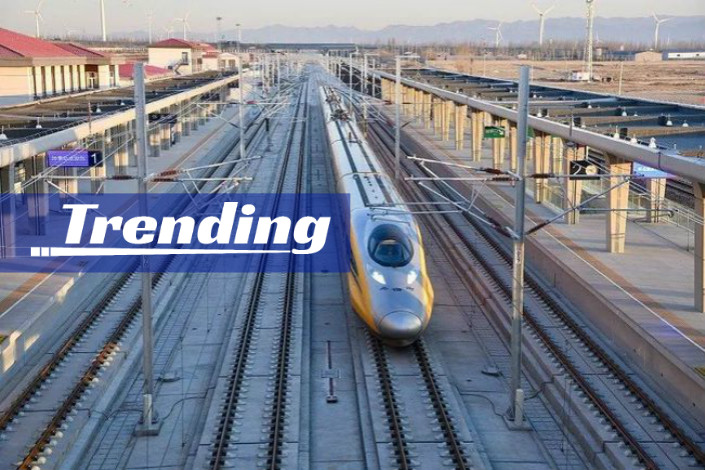 From being able to travel with skis to the future site of China’s Winter Olympics to playing music out loud on your phone, new regulations governing what passengers can and cannot do on China’s high-speed and commuter trains have gotten the country’s social media talking.

As winter descends on North China, skiing fans are up in arms about a new rule banning baggage over 1.3 meters in length from the newly commissioned high speed trains between Beijing and Chongli, China’s venue for the 2022 Winter Olympics, citing the “safety and experiences of the majority of passengers.”

From Nov. 17, passengers have had to purchase an extra ticket for their ski equipment, which is then transported on a separate train according to China Daily, as China Railway prioritizes the comfort of less-burdened travellers over the convenience of winter sports enthusiasts wanting to travel with their own gear. The high-speed train route was first introduced in December 2019.

Meanwhile in Shanghai, Chinese subway commuters have been subject to new regulations banning the playing of electronic gadgets without earphones. Appealing to a sense of civility, the government has established a fine schedule, and will likely make inspectors, who currently enforce the wearing of face masks to prevent the spread of Covid-19, also enforce the new rules regarding gadgets.

Opinions on the two bans strike a markedly different tone. The most popular comments about the ski ban criticize the move, asking “why was the length of skis not taken into consideration when the train was designed,” and “what’s the point of having a ski train if it’s not convenient for the skiers?”

Some, however, point out that other passengers also use the high speed railway route, and that it must be safe. “Of course, skis are too long and will affect the safety of passengers. If you want to check them in, you should have a special place.”

Meanwhile in Shanghai, most commenters approve of the ban on video watching and game playing without earphones as people vent their dislike of “noise pollution” and hope the new regulations will be followed. Writing that “the whole country should prohibit the sound of electronic equipment on all public transportation,” one Weibo blogger recalled the awkward situation of being unable to stop a fellow commuter from watching videos out loud.