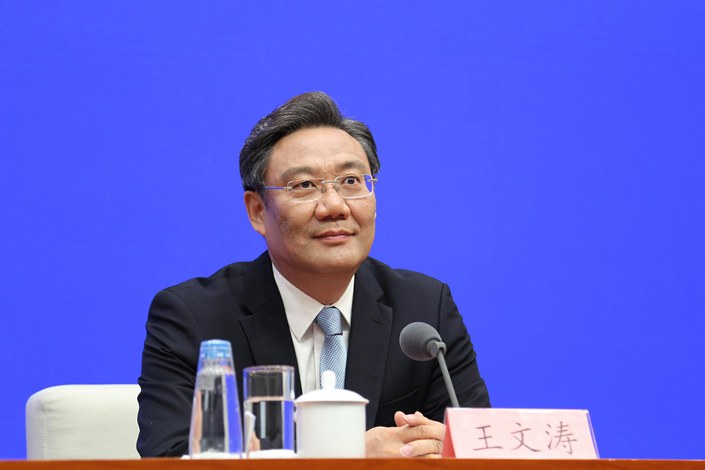 What's new: Wang Wentao (王文涛), former governor of the northeastern province of Heilongjiang, has been made party chief of the ministry of commerce, replacing Zhong Shan who has reached the retirement age for ministerial level official of 65, according to a statement released by the commerce ministry on Wednesday.

Wang, 56, became governor of Heilongjiang in 2018 after seven years as the deputy provincial level official in China’s eastern provinces including Shandong and Jiangxi.

He graduated from the department of philosophy at the elite Fudan University in Shanghai in the 1980s, and later worked at a local aerospace university for about 13 years before entering politics at the city’s Songjiang district government.

The background: Wang became the latest appointment in the ministerial level reshuffle at the State Council, China's cabinet, this year, with a total of seven ministries' top party officials being replaced by a younger generation of politicians.

His arrival at the commerce ministry also comes as Beijing is preparing to engage with a new incoming U.S. administration after former Vice President Joe Biden won the presidential election last month.

Biden said in an interview with the New York Times that he won't make any immediate decisions regarding the U.S.-China phase one deal and U.S. tariffs imposed on Chinese imports by the outgoing president Donald Trump's administration. U.S. demands for China to buy a greater quantity of agricultural products form a significant part of the trade deal.