Tianqi to Sell Stake in Lithium Mine to Ease Loan Troubles 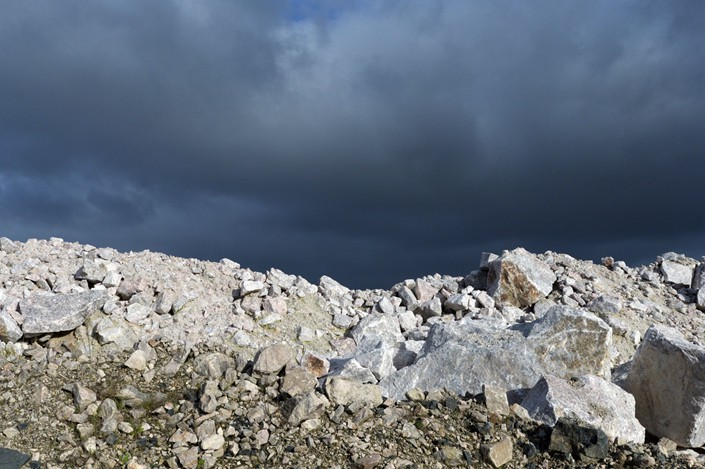 Lithium ore sits on a run-of-mine pad in August 2017 at a facility operating under a joint venture between Tianqi Lithium and Albemarle Corp. in Greenbushes, Australia. Photo: Bloomberg

(Bloomberg) — Tianqi Lithium Corp. plans to sell a minority stake in the world’s biggest lithium mine, giving the producer access to the cash it needs to repay the major loan behind its ballooning financial troubles.

Australian miner IGO Ltd. will pay $1.4 billion in cash for a 49% stake in Tianqi Lithium Energy Australia Pty, the majority shareholder in the Greenbushes mine in the country’s west, according to a statement to the Shenzhen Stock Exchange on Tuesday. The deal also includes a minority stake in Tianqi’s lithium hydroxide plant at Kwinana once a restructuring of units is completed.

Tianqi will use the proceeds to repay $1.2 billion of principal on an existing acquisition loan, as well as for working capital for the Kwinana project, it said. The company plans to sign an amended loan agreement with lenders to extend a $1.88 billion payment to November 2021. After the equity investment and a repayment of no less than $1.2 billion, the due date of the facility will be further deferred to 2022.

The deal expands IGO’s push into battery materials as it seeks to tap into an expected surge in demand as the world’s clean energy transition gathers pace. At the same time, it gives Tianqi a possible way out from under the massive loan repayment that it’s been struggling to repay after buying a stake in a Chilean producer in 2018 at the height of the lithium-price boom.

IGO will fund the deal with A$1.1 billion ($815 million) in new debt and an equity raising of up to A$766 million priced at A$4.60 per share — a 9.7% discount to IGO’s last traded price on Dec. 7. The remainder will come from existing cash. Completion, which is conditional on approval by Australia’s Foreign Investment Review Board, is expected in the June quarter of 2021.

“Both Greenbushes and Kwinana are world-class assets with attractive growth profiles that together provide the platform for building a global lithium business,” Peter Bradford, IGO’s managing director and chief executive officer, said in a statement.

While Tianqi said there’s still uncertainty around whether the transaction with IGO can be completed, it would effectively lower its asset-liability ratio and optimize capital structure without losing control of its core assets.

Tianqi had previously said it was weighing options including asset sales or seeking strategic investors to ease its liquidity stress, and the deal with IGO comes after lenders granted a last-minute extension of about a month on its jumbo loan payment.

The Chinese company had held a 51% stake in Greenbushes mine in Western Australia through a joint venture with Albemarle Corp., which held the rest.

“We do not yet know the full details on the final structure of the Tianqi transaction as it is still unfolding,” Albemarle said in an emailed statement. “It appears to be structured in a way that would not trigger Albemarle’s right of first refusal. If so, we believe the structure of the Talison JV would remain unchanged. However, we will evaluate further once the full details are known.”

The Kwinana facility, Tianqi’s first refinery outside of China, is planned to be the world’s biggest lithium hydroxide processing plant. The producer has warned the company’s operations were threatened by challenges including that project, which has been delayed and faces litigation and liquidity risks.

The deal also underscores the risks of boom-and-bust cycles in commodities. Prices of lithium chemicals plunged since 2018 as a rush from producers to deliver supply overwhelmed the pace of demand gains. While they’ve stabilized in recent months, they’re still about half their peak levels despite a bullish outlook for electric vehicle and battery demand.