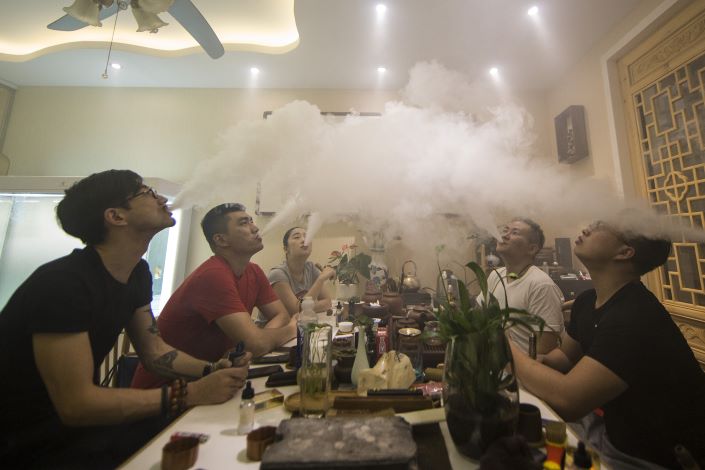 Chinese e-cigarette maker Relx Technology has picked Citigroup Inc. for its planned initial public offering in the U.S., people with knowledge of the matter said.

The Shenzhen-based company, which counts Sequoia Capital among its backers, is seeking to raise as much as $1 billion in a share sale next year, said the people, who asked not to be identified as the information is private. Relx Technology may add more banks at a later stage, according to one of the people.

Deliberations for the potential IPO are at an early stage, and details such as size and timing may change, the people said. A representative for Citigroup declined to comment. A spokesperson for Relx Technology said “the market rumors are not true,” without elaborating.

Chinese companies are choosing to list in the U.S. at a rapid pace despite Congress approving legislation that could force firms to withdraw from American exchanges in a dispute over audit inspection rules. Mainland and Hong Kong firms have raised $14.8 billion through U.S. initial public offerings this year, the second-best year on record, data compiled by Bloomberg show.

The IPO plan comes on the heels of fellow e-cigarette device maker Smoore International Holdings Ltd.’s much sought-after Hong Kong debut share sale. Smoore raised HK$8.19 billion ($1.06 billion) in July after pricing its IPO at the top end of a marketed range. The share price has soared more than 300%.

Relx Technology was considering an IPO in Hong Kong which could raise about $ 1 billion, IFR reported in August, citing unidentified people. The report said the company did not respond to IFR’s requests for comment.

The firm, which makes e-cigarette devices and liquids, also received investment from IDG Capital and Source Code Capital, its website shows. Founded in 2018, the company’s products are available in at least 13 countries including Canada, the U.K., Indonesia, South Korea and Russia, the site shows.